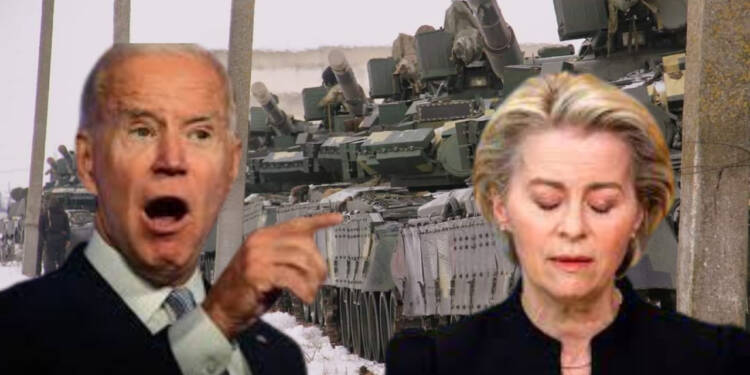 Russia’s war against Ukraine has highlighted Europe’s reliance on the US for security and defence. No member state believes that all of Europe’s defence equipment should come from the United States. Flying American fighter jets and using American missile systems have never interested most of the states in the European Union. So, in a bid to attain ‘strategic autonomy,’ the European nations started developing platforms with other EU states.

Moreover, eastern Europe, which typically purchased new weapons from the United States, started increasingly considering purchasing them from South Korea instead because it claims to be able to do it more quickly and for less money.

Poland, who ordered rocket launchers from South Korea, was earlier seeking 500 HIMARS from the US. But it decided against it as it didn’t want to wait for years before it starts receiving American-made weapons.

The Russo-Ukraine war has led to the weapon cache of the European countries going empty after delivering their own stockpiles to war-torn Ukraine. So for a long time now, the European capitals have been in a hurry to restore their weapon depot but something changed. A change that irked the nerves of the US.

The European states started turning towards other potential players in the market. This is when the US ally South Korea, delivered a multi-billion jolt to the American military-industrial complex.

In the past five years, South Korean defence companies have sold small arms and mobile howitzers to a number of nations in Europe.

48 FA-50 fighter jets, 672 K9 self-propelled howitzers, and 980 K2 Black Panther tanks were all included in the arrangement, and some tank and howitzer deliveries are anticipated to start before the end of the year. If all of the options are exercised in the upcoming years, the deals might be worth up to $15 billion.

This was enough for the Biden administration to sit and weep in a corner. America started growing wary of its losing clout in the defence sector. But, the European Commission president who never leaves any chance to disappoint the bloc and appease his master Biden, came to his rescue.

The European governments that were poised to work together on joint procurements of European weapons, and rebuild stocks depleted by the war in Ukraine while at the same time boosting the continent’s military-industrial complex are now bound to change their tone.

The most recent draft of the rules governing the European defence Industry Reinforcement via Common Procurement Act (EDIRPA) seems to change the course now. The solution that member states are putting forth will enable this EU fund to finance joint purchases of weaponry from third countries for the sake of expediency and quick remedies.

Reporters were told that EDIRPA, which was first announced by internal market commissioner Thierry Breton in July, would provide money for joint procurement of weapons “made in the EU but with no strings attached.”

The most recent version of the regulation, first reported by Bruxelles2, instead seems to be quite string-friendly, allowing products that are “subject to a restriction by a non-associated third country” due to the “current situation.”

Now, when it comes to a third country, we know which country is going to be the top choice. Certainly, the dominating power in the sector is the US.

The EU officials participating in the drafting believe that the dilution is necessary to fulfil immediate needs and rebuild arsenals depleted by the necessity of supplying weapons to Ukraine. This might be music to America’s ears that faced a severe jolt from the EU’s in-house players.

We know Washington has the dream of global dominance and also has goals to bring the continent of Europe under its control. For which control of the European Union is pivotal and what would have served it better than having the reigns to control the European Commission’s President? Madam Ursula Von Der Leyen is pushing pro-US steps down the throats of the EU governments now. She continues to blindly toe the line of the Biden administration.

Ursula has been putting the interests of Europe on the back burner and is busy furthering Washington’s agenda without realising the consequences of her moves on the European continent.

Barbados shifts gear to take on the US-backed Big Pharma