After Russia, the next big jolt for the German economy may come from India 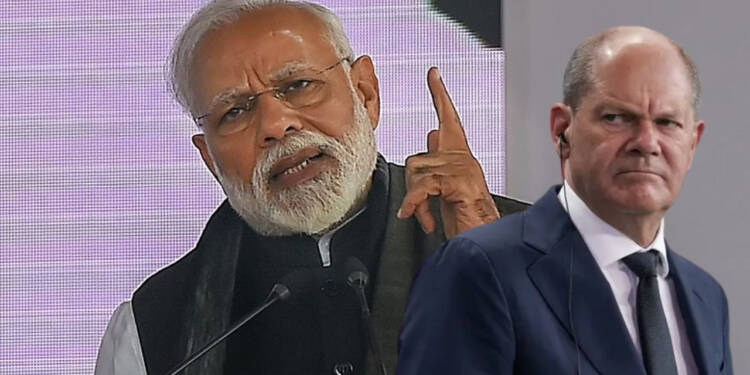 SEFE GAIL compensation: The authorities in Berlin are brain-dead when it comes to policy-making. The flip-flop nature of the German government is making sure that the Deutschland loses yet another important friend. The relations between India and Germany are aggravating. Germany-India relations were growing by leaps and bounds, but, the Deutsch authorities’ recent actions have turned the previously cordial relations into acrimonious ones.

Given that the animosity between them has reached a stage where there appears to be no going back, India may give Germany a new economic jolt after Russia.

According to a media report by Bloomberg, the tussle between India and Germany has escalated due to a canceled LNG supply deal. Reportedly, diplomats have been called in to try to settle a dispute over a reduction in supplies of liquefied natural gas to India by a German state-backed company. The gas supplies from Germany’s SEFE to India’s GAIL India Ltd. have been disrupted since May after Moscow’s sanctions on the group made it impossible to source cargo from Russia.

The officials from India are suggesting the German company, “stick to Indian supplies and source alternative supplies to meet contractual obligations.”

The entire issue is actually due to the misadventures of the Germany-backed Singaporean unit of SEFE (Gas Industry Company). Singaporean unit of SEFE in September 2022 announced that it can’t fulfill its long-term LNG contract with GAIL. SEFE, a former Gazprom PJSC business, now under the control of the German government is paying just a small penalty fee of 20% of the value of the contractual shipment, a fraction of the value of current spot gas prices in Europe, leaving a big gap for GAIL to cover with replacement supplies.

Furthermore, Europe’s thirst for LNG amidst the Ukraine war has also contributed to souring relations between India and Germany. Many developing countries have been left deprived of energy since Ukraine faced an invasion. The majority of Asian nations were reliant on the global supplies of liquefied natural gas, which are now being seized by the European countries, with Germany unquestionably playing a major role.

So, even if countries like India wanted to buy LNG from different countries, the demand from Europe is so high that other countries are unable to attract significant supplies.

Germany’s SEFE has canceled more than 17 LNG deliveries since May 2022 and this is why India is left in a huff. GAIL India had entered into a contract with Germany’s SEFE to receive 2.5 million tons of LNG a year until 2041. But, at the time of a global crisis, Germany has left its friends in tumult. Germany is now crossing the line. Olaf Scholz must not forget that India and Germany have a trade history of over 500 years. More than 1,800 German companies have business relations with India, the majority of which have subsidiaries or joint ventures in India.

Despite the pandemic, Indo-German trade increased by 19% in the first 11 months of 2021 over 2020. Germany has been the 7th largest foreign direct investor in India since January 2000 and the former Angela Merkel administration wanted to make India its number 1 trading partner.

India has a major impact on the German economy, particularly in the areas of metalwork, electronics, nuclear energy, and organic chemicals. While India is a market that is viewed as a “greener pasture,” Germany’s economy is in any case experiencing a serious downturn. Additionally, Berlin has already pushed its economy to a situation of clinical death severing its ties with Russia. If things continue in this manner, India could give the German economy its next significant blow.

Keeping in mind the current Indian government’s aggressive foreign policy, if Germany keeps acting in this stupid way, India will not hesitate to cut its economic ties with Germany altogether.