This G20 Summit was Xi Jinping’s saddest ever! 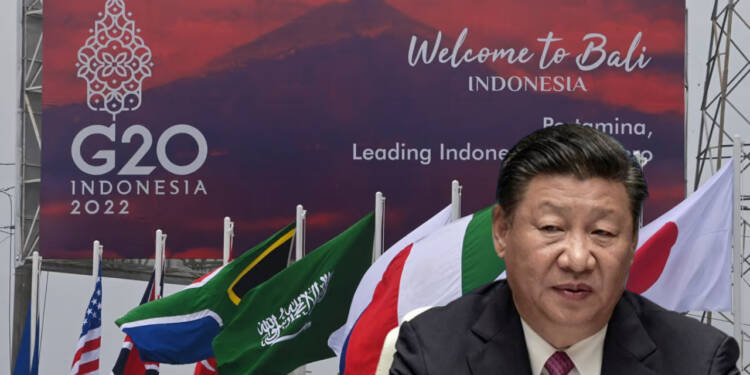 This year’s G20 summit in Bali, Indonesia amidst the Ukraine war was one of the most important events in a long time. G20 is considered a reliable platform because of the diversity and equality it brings to the table. According to data from the International Monetary Fund, the G20 economies collectively account for 85% of world’s GDP in 2022. The G20 countries make 62% of the world’s population. When we look at the G7 nations, only 9.8% of world’s population accounts for 43% of the global GDP, highlighting the main source of inequality in the world economy.

Importance of G20 summit for China

The G20 summit of this year was Xi Jinping’s first international appearance in three years after the Covid-19 pandemic. G20 summit was an opportunity for China to gain the lost stature in the last couple of years. China has drawn hostility with many countries on Covid-19, faulty medical equipment and its aggressive posture. Not only for China as a country but the G20 summit on a personal level was crucial for Xi Jinping.

Xi Jinping became the President of China for the third time. Geopolitically, one would expect him to have an edge in negotiations because of the strong hold on power in China. Alas! That was not the case. The summit in Indonesia was Jinping’s saddest ever.

After Xi Jinping was re-elected as the Communist Party’s General Secretary for the third time, he was only congratulated by Russia, North Korea and Pakistan. Western world and major powers like India refused to acknowledge the re-election of Xi to office. G20 summit was an opportunity for Jinping and China to gain validation from the western world, however, nothing of that sort happened.

His meeting with Biden was the only substantial event that has been widely talked about. Media outlets assume that Xi wants to trade Putin for Taiwan with US. However, that is particularly impractical to happen because Taiwan is the world’s largest producer of semiconductors and is now a vital part of American industry due to its involvement in geopolitical and economic challenges.

Further, his meeting with UK’s new prime minister Rishi Sunak was postponed owing to the alleged scheduling issues but the same Rishi Sunak has opted for a tougher anti-China stance back at home. He has vowed to close all Confucius institutes in China and end Beijing’s increasing presence in his country. His handshake with Indian Prime Minister Narendra Modi was widely shared on social media.

Further, the internal conflicts at home are rising because of the deadly Zero Covid policy at home by Xi Jinping. Some citizens in Guangzhou, one of China’s largest cities, launched unusual protests against the strict Covid-19 regulations. Hundreds of demonstrators were seen marching in the street and attempting to knock over police barriers in the Haizhu neighbourhood of Guangzhou in footage that were extensively circulated on social media.

This is not all, the Chinese economy has stalled in the last two years. China’s economy just grew by 3.3% much slower than anticipated. Nothing seems to be working for Xi Jinping. To get out of woes at home, he wanted to show G20 summit as success. Though, it made him even sadder.