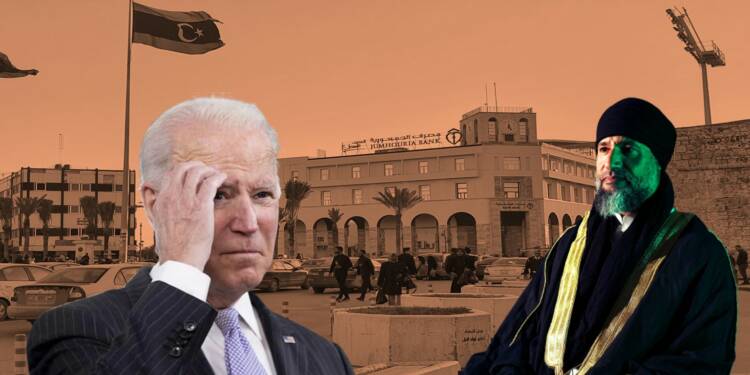 Nearly a decade ago West didn’t use force to kill Gaddafi but used a more efficient weapon, Propaganda. And now an identical tactic is being used to get rid of his son, Seif-al-Islam Gaddafi. Libya can once again become the battlefield for the US and NATO. But why the West is chasing Seif? More importantly, will it succeed?

Since 2011, Libya has been embroiled in a massive political and security crisis. In the wake of the Arab Spring movement which swept the Middle East and North African countries, Libya too witnessed an unprecedented development. The US and Europe conspired with armed militias and terror groups to overthrow the regime of Muammar Gaddafi. Ever since, Libya has not been a peaceful country. The West’s strategy to interfere in Libya in the name of democracy and human rights has drastic repercussions as today there is a civil war in the country.

There are now two rival governments in the east and west of Libya, a result of that war. The regime in the West, which is based in Tripoli, is headed by Abdul Hamid Dbeibeh. He is supported by the US and Europe. Whereas in the east military leader Khalifa Haftar has been appointed by the parliament as the head of the state.

Read more: West wants to control Libya through ICC but Russia has its own plans

While attempts have been made to unite the country and prevent the political and civilian unrest. But the elections, which were supposed to take place last year, have not been held as of now. Although, they are going to take place sometime in the future.

Now, it is being said that Gaddafi’s son Seif-al-Islam is going to stand in the presidential elections of Libya. In fact, he told the New York Times that he wants to bring back the unity which has been lost in the country. The International Criminal Court (ICC) is pursuing Seif-al-Islam for prosecution as it alleges that he committed crimes against humanity during the 2011 civilian unrest. However, the ICC is not concerned about peace and justice in Libya otherwise it would’ve initiated charges against the US and Europe which destroyed Libya.

The real reason why the ICC, which is working on the instructions of the West, is after Gaddafi’s son is because he is backed by the Haftar regime which is supported by Russia. In fact, Russia has a significant presence in the North African nation as its mercenary group Wagner and armed forces are deployed in Libya.

Seif-al-Islam, who has support of the Kremlin, is popular in the country. In fact, according to polling data, in a region around 57% of people support him. Unlike other political candidates, he has a good reputation and is not accused of supporting militias. Therefore, if he wins the elections and comes to power, then the West will suffer a tremendous failure in Libya.

Keeping this in mind, recently the UN special envoy to Libya, Abdoulaye Bathily, has threatened the nation. He stated that as the first anniversary of the postponement of general elections is approaching, further delay of it can lead to the partition of the country. He further added that this will escalate the security problems in Libya.

But why is the West so intent on Libya holding the elections? Because it doesn’t want Seif to come to power who will avert their sinister plans. Hence, Biden and his allies have decided to rig the polls which will benefit their puppet Dbeibeh.

Earlier, the US and Europe did something similar. They sent ICC’s chief prosecutor, Karim Khan, to Libya on an assessment of its political and security situation. It is not a coincidence that Khan visited the nation soon after Seif’s decision to stand in the elections.

Khan, who met the families of people killed by militias, falsely accused Khalifa Haftar’s government of war crimes and stated that he will bring criminal charges against Haftar. But in reality, Khan too is not concerned about justice in Libya, as his real intention is to overthrow Haftar’s regime and then go after Seif, who was once his client when he was a lawyer.

However, the plans of the US and Europe in Libya will eventually fail as the people of the nation support Seif-al-Islam who has the backing of Putin. Just like in the Sahel region, Moscow will not let the West succeed in its destabilization efforts in Libya.