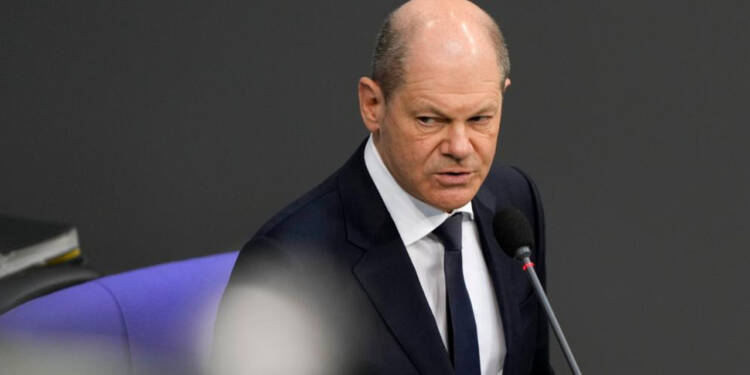 Last year, not just one or two, but four elections were held altogether in Germany. The general election for the German federal parliament, the regional election for the Berlin city-state, local district elections, and a referendum on bringing some housing under government control, all four were conducted on the same day, that is on the 26th of September 2021.

Surprisingly, Olaf Scholz’s SPD Party won in all four of the results. Germany’s new chancellor, Olaf Scholz, and his party kept Berlin under its control for the previous 20 years and it was successful in retaining it. The elections, however, were not at all smooth. Voters had accused that they were denied their voting rights or if given, their votes were declared null. So, was the result sham? The German judiciary’s most recent ruling proves so.

According to media reports, Germany’s ruling court has declared that the elections conducted last year, prominently in Berlin, had severe systemic flaws. The court has canceled the election results for the local district councils and the Berlin House of Representatives, delivering a damning decision for the city authorities. Furthermore, the court has added that the regional elections in Berlin state parliament must be repeated, which was earlier ruled out by the German capital’s constitutional court. Reportedly, the Berlin election will now have to be repeated within 90 days.

Presiding Judge Ludgera Selting, who was serving the ruling on the matter, stressed, “the decision had to be taken because of the “frequency and gravity” of the mistakes that had been made, which were so widespread that they may have altered the election result.”

Scholz and SPD in dilemma

This decision by the German court has reportedly made Olaf Scholz and the SPD cold-sweated. Olaf Scholz’s SPD has sought to shift away the blame from Mayor Franziska Giffey toward former SPD mayor Michael Müller, who was in charge of overseeing the previous election, and argued that such failures would not happen under the new leader.

Furthermore, the ruling has made CDU merry. CDU, the largest opposition party has welcomed the ruling stressing that it is a “heavy defeat” for Giffey. And why wouldn’t be CDU happy, they have finally got the chance to defeat SPD in their oldest bastion, that is Berlin.

SPD has ruled Berlin for the last 20 years. If the current trends are to be believed, CDU might have overtaken SPD in Berlin. SPD is head-to-head with the Greens and the center-right Christian Democratic Union (CDU). The next election is due in three months, which will undoubtedly weaken SPD more.

Considering the fact that SPD kept quiet last year when the rigged election in Berlin was taking place, SPD is bound to lose Berlin. For those unaware, last year, missing ballots, and copied votes were the issues that came up during the voting of all four major electorates in Berlin.

Berlin was also hosting its annual international marathon on the same day, hampering access to some stations, and exacerbating the chaos. To reduce the mounting pressure, SPD removed the former mayor and appointed Franziska Giffey as the new mayor. But it’s important to realise that the September 26th election was faulty in every way. The voters were not only troubled while casting their votes in the mayoral elections but the outcome of the election was also manipulated in more ways than one.

Olaf Scholz’s SPD had narrowly won the German election against Merkel’s CDU, after which he went into forming a coalition.

Read More: After Russia, the next big jolt for the German economy may come from India

Germany will now hold the second round of elections in Berlin, which, if the CDU wins, will harm the SPD in the long run. However, by emphasizing that the elections were manipulated and the victory was unlawful, did the court just declare the Chancellory unconstitutional? This is the question that only Germans could answer.