Ever since Haitian President Jovenel Moïse was killed, Haiti has descended into a crisis, and despair has deepened in the country 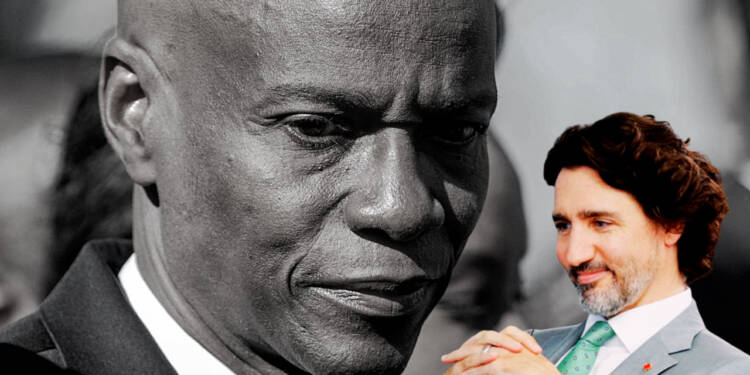 A man from the Canadian province of Quebec has been charged, by RCMP, with terrorism for an alleged plot to topple the Haitian government of Jovenel Moise.

Now, a Quebec man has been charged by the Canadian police with terrorism over allegations that he conspired to overthrow the government of the late Haitian president Jovenel Moïse but the charges against Mr Nicolas are not related to the assassination.

According to The Guardian, Gerald Nicolas, 51, stands accused of leaving Canada to facilitate terrorist activity and provide property for terrorist purposes.

Read More: A Caribbean-Africa partnership is happening finally, and it’s a terrific development

“The investigation, which began in July 2021, revealed that Mr Nicolas planned to stage an armed revolution in Haiti and ultimately seize power,” police said in a press release.

However, in an interview with French-language broadcaster Radio-Canada, Mr Nicolas denied the charges, said he had been set up by jilted girlfriend, and argued that the prosecutors are motivated by race.

Nicolas told CBC Radio on Thursday that the charges were untrue, and claimed that they were the result of lies spread by a former lover, who contacted police in Lévis after he sent humanitarian aid, including food and clothing, to Haiti, where his half-sister lives.

“She managed to convince [police] because I’m Black. If I were white, I wouldn’t be talking to you today. The police would have been more careful,” he said “The Lévis police are racists with a badge.” He further said.

There is a secretive colonial and imperial alliance in Haiti known as the “Core Group”. The “Core Group” is made up of ambassadors from Germany, Brazil, Canada, Spain, the United States, France, and the European Union—which has deepened the country’s political crisis. This Core Group has heavily shaped Haitian affairs. In fact, the United States and its allies are in ‘real charge’ in Haiti.

Now, the Canadian police accusing a Quebec man of plotting to topple the Haitian government of Jovenel Moise raises doubt. It could be just another way for the Trudeau government to try to make up for having contributed to the Haiti crisis in the first place.  President Trudeau and his administration know that people are easier to distract and if they are given a target for lashing out their anger, they easily forget the root cause of their problems.

In any way, it is far easier for the said administration to prove that a black Haitian man assassinated, Mr Moise, due to his dissatisfaction and misguided patriotism rather than really helping Haitian out during this crisis.

However, what else can we expect from a government that still can’t shake off its meddling foreign policies and own up to the blunders created by them?