According to various reports, in the United States of America, a public health crisis is looming. The US, however, might have just found a way to deal with it 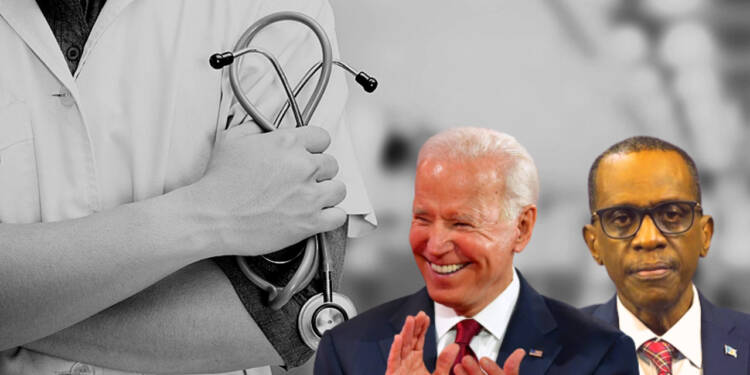 US medical licensure exam: The US is facing a serious shortage of doctors. Many reports have suggested that the doctors’ shortage is only going to get worse in the upcoming days. Now, as a cure for this shortage, the US is eyeing doctors from abroad.

Recently, in a letter to the editor of the St. Vincent Times, a student of the American University of St. Vincent School of Medicine has expressed some similar concerns.

According to the letter, the American University of St. Vincent School of Medicine is forcing its Caribbean and other students to take a mandatory US medical licensure exam (NBME and USMLE) in order to go on to clinical rotations and graduate.

The US medical license is not a component needed to work as a medical doctor outside the US. It is only In the United States and its territories, the individual medical licensing authorities of the various jurisdictions grant a license to practice medicine.

The student writes that this is not fair to a lot of students because not everyone wants to practice medicine in the US and it should be optional like at other universities in the Caribbean.

“Some students, like myself, will like to go back to their country and work, and later on in life, if we want to do any other country licensing, we will do it. The students don’t have a voice at AUS, and when we contact them, the answer is that they can do nothing about it and it’s their final decision without consulting the student body”, he wrote.

A cure for the physician shortage in America?

The issue of the shortage of physicians in America will only get worse in the coming years. Data published in 2020 by the Association of American Medical Colleges estimates that the U.S. could see a shortage of 54,100 to 139,000 physicians by 2033. That shortfall is expected to span both primary- and speciality care fields.

Further, because of this shortage, healthcare systems across the US are now relying on foreign medical graduates, commonly called FMGs, to help meet physician hiring needs.

However, this gets very complicated and expensive for the students even though foreign-born doctors are in such high demand. They must go through arduous U.S. training requirements and a complex and often confusing immigration/visa process. All FMGs must also complete an accredited residency training program in the U.S. or Canada, a process that takes at least three years.

To deal with this problem of a growing shortage of healthcare workers that deepened during Covid-19, many US states are eyeing foreign-trained health professionals.

The situation is so bad that a handful of states in the US are easing certain licensing requirements, creating programs for foreign-trained doctors to work alongside U.S.-trained ones, reserving residency spots for immigrant health workers and providing help, sometimes including financial aid, for those working to get a U.S. license, as per a report.

According to a letter by a student of the American University of St. Vincent School of Medicine, “many students in the country are suicidal, doing nothing or even returning home and giving up their dreams of becoming doctors.”

It further states, “it’s unfair to force a student to get a medical license for a country they never want to work in, it’s unnecessary, time-consuming and costly.”

There are indeed many hurdles to licenses. It generally costs immigrants who trained as doctors elsewhere at least $10,000 and four to five years to get relicensed here, according to Jina Krause-Vilmar, president of Upwardly Global, an organization that helps highly skilled immigrants find work.

It is, thus, seen that it has become a habit of the US to exploit other weaker countries using its economic and political might, for its self-serving interests. This incident of forcing students to take a mandatory US medical licensure exam seems to be another attempt in that direction. It’s time that the Caribbean nations make sure that their own interests are not compromised anymore.