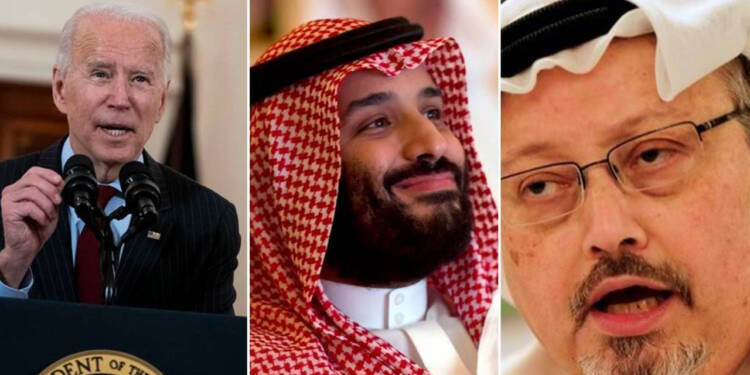 Khashoggi murder case: In 2018, a Saudi journalist, author, columnist for Middle East Eye and The Washington Post, general manager, and editor-in-chief of Al-Arab News Channel was murdered at the Saudi consulate in Istanbul, allegedly at the order of the Saudi government.  The murder became a hot potato for the world and especially for the media in the United States who had just got a perfect excuse to chastise the de-facto leader of Saudi Arabia, Mohamad Bin Salman. Because former President Donald Trump was developing a close relationship with the prince of Saudi Arabia, the Democrats echoed the negative cries against MBS.

However, Joe Biden’s voice against MBS was the loudest. Former US Vice President Joe Biden had previously urged for declaring Saudi Arabia a “pariah” state. The elderly man had no idea that in two years he would be begging for pardon in front of Saudi Arabia on the same issue.

The United States’ former vice president and the current president has finally accepted his defeat at the hands of MBS. Biden has succumbed defeat to MBS. Yes, according to Reuters, The Biden administration has effectively halted all of its effort to hold the Saudi crown prince legally accountable for the murder of Jamal Khashoggi by arguing that Mohammed bin Salman should be granted sovereign immunity in a civil case surrounding the murder of journalist Jamal Khashoggi.

Reportedly, the Biden administration said in a document made public late on Thursday night that the crown prince was “the sitting head of government and, thus, exempt” from the lawsuit because of his recent appointment to the position of the supreme leader.

The Department of Justice said in its filing, “The United States government has expressed grave concerns regarding horrific killing of Jamal Khashoggi and has raised these concerns publicly and with the most senior levels of the Saudi government, however, the doctrine of the head of state immunity is well established in customary international law and has been consistently recognized in longstanding executive branch practice as a status-based determination that does not reflect a judgment on the underlying conduct at issue in the litigation,”

With this appeal in hand, the court is likely going to dismiss the Khashoggi murder civil case brought against Prince Mohammed and his alleged accomplices by Hatice Cengiz, the outspoken fiancee of Khashoggi. The file is nearing an official closure, but, it’s beyond ironic that President Biden was the one guy who had single-handedly assured that he would do everything to hold MBS accountable and make Saudi Arabia ‘a pariah’ state. But now, he is stressing that MBS has legal immunity. Not even the Trump administration did this. Well, this is insulting and humiliating for the US.

Not new for Biden

But for Joe, it’s not a new thing. To put pressure on Saudi Arabia during the past two years, Biden tried every trick in his book. But following the war in Ukraine, Biden started sending love letters to Saudi Arabia. The US wanted the Gulf nations to increase their oil outputs so that it could counter the underway oil and gas crisis in the West. But, MBS denied helping.

Then, Joe Biden sent his senior US officials to Saudi Arabia and conveyed to MBS that the US is prepared to move forward with a “reset” of the relationship. But, MBS turned down this request too. Despite Western pressure on Moscow and a potential EU ban on Russian oil imports, MBS has ensured that Saudi Arabia will continue its efforts in OPEC+, i.e. cooperation with Russia.

In addition, when Biden met with MBS on a not-so-favorable visit, MBS directly blamed Biden for destroying the US and Saudi relations, which had been going strong for almost a century.

Biden had vowed to end MBS’ geopolitical career. However, it seems quite clear that the young Saudi leader is growing stronger in front of the Old American leader. Khashoggi murder case is undoubtedly America’s most hilarious and shameful surrender before the Sauds.