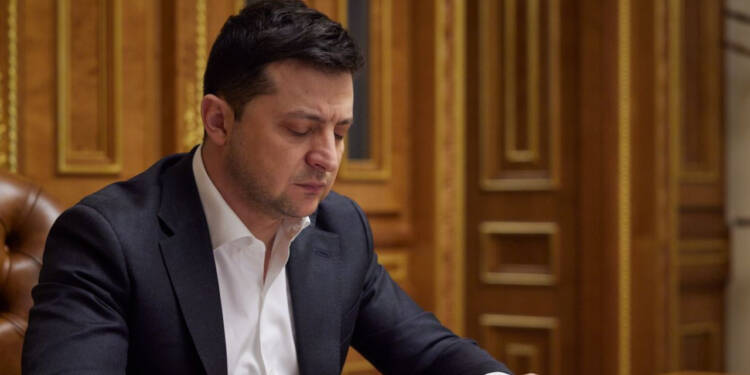 The bloodthirsty President of Ukraine Volodymyr Zelensky endeavoured to start a major conflict between Russia and NATO. But, the sharp rebuke he encountered hasn’t been seen since the war began. European nations were already indirectly engaged in the Ukraine war, but this time Zelensky wished to pull them directly into the conflict. Western leaders saw through what Zelensky was intending to do and softened their stance. And now, they’re finally abandoning Kyiv.

Remember, how World War I started? After Archduke Franz Ferdinand of Austria was killed in 1914, World War I, commonly known as the Great War started. His assassination sparked a war in Europe that raged until 1918. Something similar was attempted by Ukraine in the last few days. The world was shocked by a missile attack in eastern Poland, about 15 kilometres from Poland’s border with Ukraine. Two civilians were killed in the strike. Within hours, Zelensky hurried to blame the missile strike on Russia.

Blaming Russia for a strike in a NATO country comes with repercussions. You see, there is this infamous Article 5 of NATO that is based on the “principle of collective defence.” It binds all the members of the said military alliance as it says that an attack on one ally will be considered an attack against all. So, all the NATO members would be forced to go to war against Russia.

Following reports of the missile hitting the town of Przewodow, the defence ministry in Moscow confirmed on Tuesday that Russia had not launched any attacks against targets close to the Polish-Ukrainian border. According to the Russian Defence Ministry, the missile was fired from a Ukrainian S-300 system.

However, one would expect Russia to deny the allegations. Then, western leaders chose not to make hostile charges against Russia. And that is not something, we have seen after the war. According to the US Department of Defence, there is no evidence to support accusations that a Russian missile hit Polish soil. President Joe Biden stated that preliminary data suggested the missile’s origin was not Russian. In addition, he alerted the G7 leaders that what may have crashed in Poland may have been a Ukrainian air defence missile, as Reuters later reported.

Kyiv was aiming to coerce the NATO alliance into fighting its own war. Though, no one fell for Zelensky’s trickery.

No more support for Kyiv

The attempt to start World War III was condemned by people all around the world, including some US Republican Party members who decided to stop giving Ukraine tens of billions of dollars in military funding.

Former US Department of Defense officer and EMP Task Force member David T. Pyne told Sputnik that NATO nations should prioritise their own defence rather than militarising Ukraine in light of the Polish missile incident.

Pyne said, “Even after he was presented with evidence that it was one of their own missiles, Ukrainian President Zelensky continued to claim that it was a Russian terror attack on Poland in the hopes that he could persuade NATO to escalate its proxy war against Russia.”

Adriel Kasonta, a political analyst who once served as the Bow Group think tank’s international affairs committee head, took a jibe at Poland, which has sent the most weapons in Europe to Ukraine. “If Polish air defence was good, it was meeting a military standard, it should see what happened. Predict what happened and provide the answers,” Kasonta said.

Kasonta added, “They are not willing to sacrifice the well-being of their own households at the expense of some war that could have been easily prevented if the West and especially United States would have granted a security guarantee to Russia.”

A Caribbean-Africa partnership is happening finally, and it’s a terrific development