by Ananya Sharma
in The Caribbean
Reading Time: 3 mins read
0 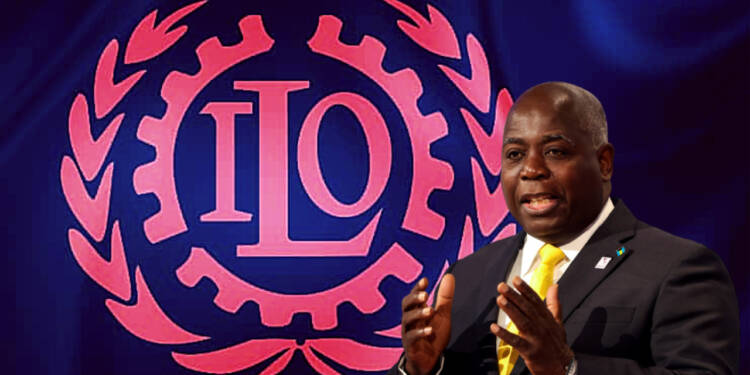 Decent work, decent pay and dignity of labour are some of the most basic foundations of an ideal society that wants to develop. The global north, more popularly called the developed first-world countries, is known for setting up sweatshops in third-world countries taking advantage of poor labour laws and low minimum wage requirements. But not anymore.

The International Labour Organisation or the ILO was supposedly instituted to bring together governments, employers and worker representatives to set labour standards in order to uphold the rights of workers.

Convention 83 of the ILO, is one that has been instituted to ensure that international labour standards are followed especially in countries that fall outside the ambit of metropolitan areas.  Yet, one witnesses blatant exploitation of labour in countries, particularly the ones that are located in the global south. There have been instances where multinational companies set up their factories in underdeveloped countries where they not only underpay the workers but also make them work in highly exploitative conditions.

Despite providing such cheap resources, these countries do not receive an iota of profit share, which means that they have been economically exploited as well.

Read More: Jamaican PM is an obsessive-compulsive liar and a bad one at that

Against the backdrop of such blatant misuse of laws and utter exploitation, the ILO remains to be a mute spectator because taking an action would mean reprimanding its masters on whose diktats it acts.

Therefore, ILO and its conventions are nothing but mere paper tigers, which can do nothing but give out a hollow roar. Caribbean countries have taken the saying ‘God helps those who help themselves’ seriously, and therefore decided to stop depending on ILO for upholding their right. Rather they have come together to bring in their own labour reforms including an increase in minimum wages.

Recently, the government of Bahamas increased the minimum wage from US$210 to $260 a week. Prime minister Philip Davis stated “The higher minimum wage would benefit tens of thousands of Bahamians. It was long awaited, long overdue and the extra money every week will make a difference.”

Similarly, Jamaica, too, has increased its minimum wage, from J$7,000 (One Jamaica dollar=US$0.008 cents) per 40-hour workweek to $9,000, thereby allowing its people to tackle not only economic hardships but also to protect them from being exploited by multi-national corporations. More recently, Bermuda, too, has increased its minimum wage to $ 16.4 per week bringing it at par with countries like Luxembourg, Germany which have the highest minimum wages in the world.

Many CARICOM members have either increased or are in the process of increasing their minimum wages. Economic experts and other stakeholders state that such reforms are indicative of an economic turnaround for the benefit of the Caribbean nations.

The Caribbean nations are setting up an example for the world to follow suit. Their actions have made it clear that where there is a will, there is a way and that, it is extremely important to recognise the dignity of labour. It is very crucial to assert an identity independent of the western countries particularly the USA, who consider themselves as guardians of smaller countries. Instant steps should be taken to move out of the shadow of such self-proclaimed wardens.

Other developing, as well as underdeveloped countries, can learn from the precedent set by the Caribbean countries to uphold the dignity of their labour as well as to assert their economic independence.