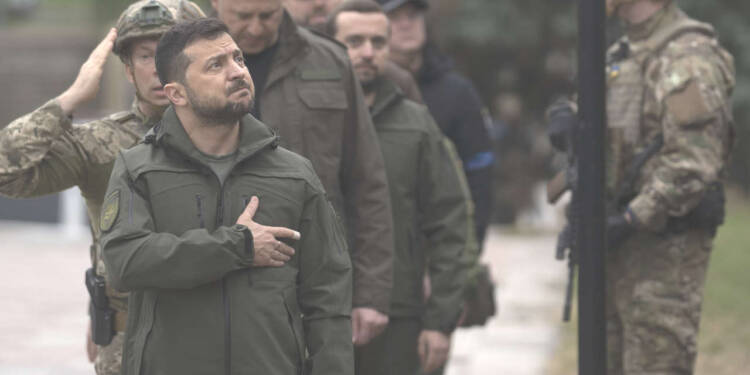 Countries are rejecting the bloc’s proposal to train Zelensky’s forces.

In response to a request from the military ministry in Zagreb, Croatian President Zoran Milanovic stated on Tuesday said that Croatia cannot train Ukrainian troops on its soil as part of the EU aid programme since that would be against their law.

Milanovic said, “Given the justifiably great interest of the Croatian public in the announced participation of [Croatian military] members in the EU military assistance mission to Ukraine, and the unclear and unexplained circumstances that participation would entail, the Office of the President has to inform the public that the minister’s proposal is unfit to be considered.”

A draft proposal for Croatian participation in the European Union Military Assistance Mission (EUMAM), which is said to entail training over 15,000 Ukrainian soldiers on EU territory, was delivered to Milanovic by Croatia’s defence minister Mario Banozic.

The president pointed out that Banozic lacks justification for such a proposition under the Croatian Constitution. He asserted that it forbids Ukrainian forces from entering Croatian territory since Kyiv is “not a member of any coalition” that Zagreb is a part of and there are no other international agreements governing their position. As part of its ongoing assistance in containing Russian aggression, the Council of the European Union has established EUMAM Ukraine, an EU training mission for Ukraine. Under this, up to 15,000 members of the Ukrainian Armed Forces may get individual, group, and specialised training from EUMAM at different sites on the soil of EU member states.

This isn’t the first time Croatia has opted out of EU’s help to Ukraine. The president of Croatia had previously criticised EU sanctions against Russia for being ineffective and having a negative impact on the bloc. Croatia isn’t the only country that has denied to train Ukraine’s neo-Nazi army. Hungary is the other one.

According to Peter Szijjarto, Hungary’s Minister of Foreign Affairs and Trade, Hungary was the only member of the European Union (EU) to oppose the idea for the EU to launch a training mission for Ukrainian military troops.

Szijjarto said, “Hungary chose the option of a constructive abstention, meaning it did not hinder it, but it did not support it either.”

He added, “Anything leading to escalation is not something we think is a good idea.”

Read More: Finally, an inquiry has been set in motion against madman Zelensky’s empire of terror

Despite being a NATO member, Hungary has refused to send weapons to Ukraine and has also refused to allow NATO troops and weapons to pass through its territory on their way to Ukraine. Budapest has also vetoed bloc’s plan to sanction oil and gas. Austria is another country that has declined to participate in the project.

All in all, the bigger European economies are forcing the smaller nations in the bloc to train Ukraine’s neo-Nazi army despite their unwillingness to fuel the war. The war has proved to be costly for the smaller nations as inflation across Europe has risen. They have a reason that they don’t want to train Ukraine as it’d incur additional cost on them, and also prolong the war.

Further, Ukraine’s forces have been under the scanner because of the violation of Geneva Convention rules. And no European country is willing to train Zelensky’s neo-Nazi army.