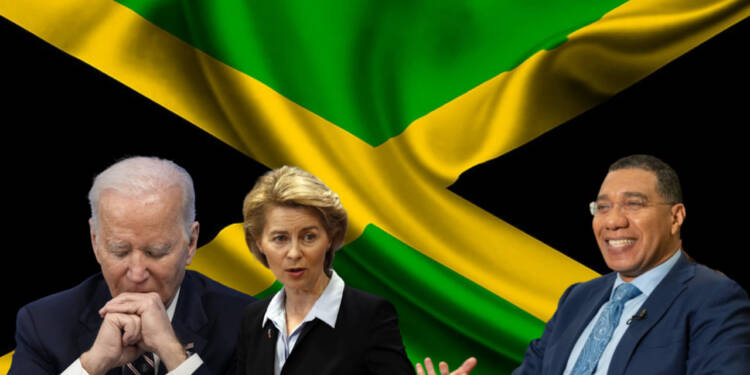 The Caribbean is showing signs of resistance and a growing sense of unity after being exploited and abused for generations by white colonial powers and fraudulent economic systems. And this time, Jamaica is blazing the torch of defiance to neo-imperialism.

According to recent reports, Jamaica’s Minister of Finance and the Public Service, Dr Nigel Clarke, has called on Caribbean countries to collaborate and coordinate to enhance their preparedness for global changes and protect their revenue bases.

“We are small. We have a common history. These factors should allow us to be nimble and agile in response to the changing global tax landscape, which is undergoing a transformation,” he said.

The minister also discussed the limitations of CARICOM, an international grouping of 15 Caribbean nations that serves as a political and economic union.

“The fact is that aspects of the CARICOM Tax Treaty, which was entered into at a very different time, may now be inconsistent with global standards. If so, let us be proactive and update and not find ourselves in a position where this inconsistency is brought to our attention by the threat of sanction,” the minister added.

Without a doubt, this was a clear statement to the US-led West that the Caribbean countries would no longer accept being treated like simple puppets by the Western powers. You see, America has intervened fraudulently in the internal affairs of CARICOM throughout the years.

With some exceptions, the economies of the CARICOM region have also either stalled or developed extremely slowly, and excessive unemployment has turned into a recurring problem.

Export diversification has been modest and insufficient to produce satisfactory growth rates despite significant policy adjustments.

The objective is to unite Caribbean economies and to defend the area from rapacious Western nations.

In order to establish a single financial market, the partner states have accelerated key processes such as the harmonization of monetary and exchange rate policies, payment and settlement systems, financial sector supervision, fiscal policies, coordination and standardization of statistics, and regionalization of the financial sector.

The Caribbean nations have also made notable progress towards defying the myriad problems that endow the region by putting up a united fight. A few months ago, nine Caribbean nations joined forces in the fight for a toxic-free future for the region, with the launch of the $11 million Caribbean Islands project today.

Together, the countries set to eliminate over 400 tonnes of contaminated material and avoid the release of more than 150,000 tonnes of marine litter.

Read More: Trinidad and Tobago is gearing up to take its energy remote control from Washington

In the current geopolitical environment, the Caribbean countries are aware of the importance of independence, self-determination, and integration. Western nations have long attempted to pillage the region by plundering its immense natural wealth.

The Caribbean developing countries’ attempts to pursue emancipatory economic and social development programs have been jeopardized by the parasitic US tactics that prohibit them from equitably participating in the abundance of their own natural resources.

The servitude of these so-called countries is the foundation of the wealth of the affluent Western nations. However, there are indications that a pan-Caribbean uprising against this neo-imperialism may be on the rise. The nations of the region have now made it crystal clear that they will not tolerate further exploitation by Western powers. Be rest assured, a unified and influential Caribbean is on the horizon.