Western countries have always used climate subsidies and aids as a smokescreen to hide their “sustained looting” as the host counties lose nearly billions of dollars per year through tax evasion and other ways. But, no more 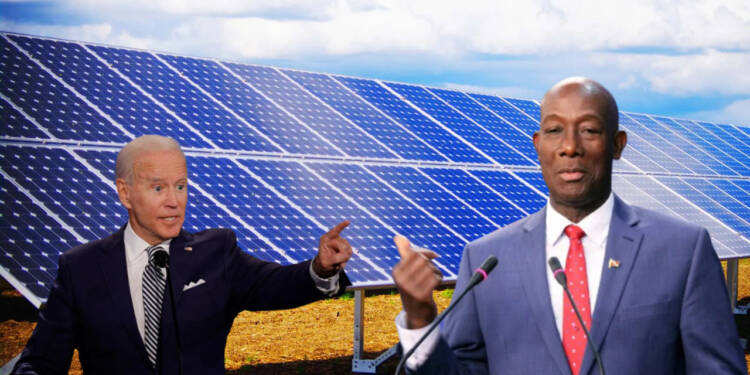 The parasitic practices of the United States have long prevented the developing countries of the Caribbean from fairly sharing in the richness of their own natural resources, endangering their attempts to pursue emancipatory economic and social development programs.

The Caribbean has historically been mugged by America. The foundation for Western affluence was the Caribbean servitude. This discriminatory treatment by the world, especially the West, has made Caribbean nations comprehend the significance of self-sufficiency, self-determinism and unification in today’s geo-political climate.

Recently, many nations of the region have made it explicit that they will not stand by to watch while Western powers continue to exploit them. Trinidad and Tobago is spearheading the charge in this contemporary struggle for self-determination.

Recently, the Energy Minister of  Trinidad and Tobago, Stuart Young, ascertained that his country is soon going to get Caribbean’s largest solar farms.

“Very, very soon you will hear big announcements on the solar side. You can be proud that Trinidad and Tobago will have the largest solar farms in the whole Caribbean,’’ the minister said at the launch of the Re-Energize T&T programme.

Similar opinions were voiced by vice president and country chairman of Shell TT Eugene Okpere who said that within the next few weeks, there will be “good news” related to renewable energy in TT.

Be clear that this is only a small component of TT’s comprehensive move to eliminate the country’s dependence on the United States and other Western countries.

You see, for long,  the developed Western nations have attempted  to obstruct growth and undermine democracy by sponsoring parasitic organisations, environmental NGOs, and media outlets with foreign funds under the pretence of advocating for the environment and human rights.

Western countries have always used climate subsidies and aids as a smokescreen to hide their “sustained looting” as the host counties lose nearly billions of dollars per year through tax evasion, climate change mitigation, and the flight of profits earned by foreign multinational corporations. The goal is to exploit the vulnerabilities of smaller countries, pulverise them in a web of aid and dependency, and then loot them of their resources.

Therefore, it is a tremendous triumph for TT to break out from this nefarious web of dependency and intervention and instead, concentrate on a domestically funded ecologically sound development initiative.

Note that the area, despite being rich in natural resources, is nevertheless somewhat unstable and marked by a plethora of problems that need to be resolved.

Truth be told, T&T has recently taken a number of actions to lessen its reliance on Western countries. The US-Trinidad and Tobago tussle seems to be escalating worse ever since the US charged Trinidad and Tobago of disobeying its directives, which it demands Port of Spain to slavishly implement.

Make no mistake, T&T has historically been an American ally but it’s this persistent exploitation and harassment by Washington that has made the Caribbean nation rethink its geopolitical calculations. Therefore, if America truly hopes to maintain cordial relations with its long-time allies like T&T, it must abandon its idealistic and paternalistic foreign policy of the Jimmy Carter era.