With changing times and especially in the backdrop of the Ukraine-Russia crisis, the Caribbean is finally moving towards some semblance of self-sufficiency 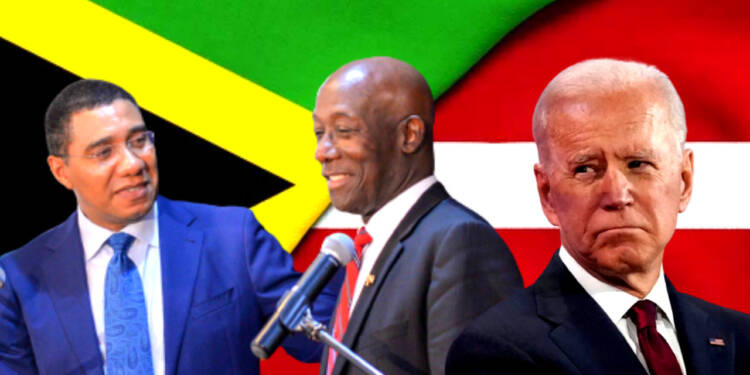 Jamaica Trinidad & Tobago deepen ties: Most Caribbean countries are still developing and are not at par with the western countries even though the West has a lot of interest in the region in terms of both economy and geopolitics. The region is extremely vulnerable to natural hazards and its over-dependence on aid and grants has worked against its economic and political interests from time to time.

Since the region is heavily dependent on travel & tourism, it was one of the hardest-hit regions in the world during the Covid-19 pandemic. When the wounds of the Covid-19 pandemic had hardly healed, it again had to face the ramifications of the Ukraine-Russia crisis. Finally, like the rest of the world, it has realized the importance of self-reliance and so, many of the Caribbean nations are taking steps in that direction and are trying to reduce dependence on the West, especially the US.

Jamaica and Trinidad & Tobago (T&T), two of the major economies in the Caribbean, have now come together to deepen ties and increase economic cooperation.

A delegation of 17 companies from the twin-island republic of Trinidad and Tobago is now in Jamaica on a trade mission, as reported by Jamaica observer. The T&T delegation is on a four-day trade mission to Jamaica.

The four-day visit by the companies, which spans construction, food and beverage, logistics, packaging and printing, chemicals as well as other sectors, is part of an effort to expand and promote bilateral export trade between the countries.

Minister of Trade and Industry, T&T, Paula Gopee-Scoon, also called for a deepening of relationships among Caribbean countries. “We must trade with each other; we must be complementary in the trade that we do to ensure that trade benefits both sides,” she said.

She further noted that Jamaica offers multi-investment and business opportunities, as a result of geographical location, legal framework, economic stability and infrastructure.

“The country is identified as one of the fastest-growing economies in the Caribbean. An examination of the overall trade statistics between Jamaica and Trinidad and Tobago shows trade between the two countries steadily improving over the years.” She further added.

However, with changing times and especially in the backdrop of the Ukraine-Russia crisis, the Caribbean is finally moving towards some semblance of self-sufficiency.

The Caribbean has a lot to learn from the EU, which is reeling under the worst energy crisis and at its worst, the US has abandoned it. Surely, the Caribbean has learnt an important lesson from Europe and has rightly realized that self-reliance is extremely important in today’s tumultuous times.

Many Caribbean countries, of late, have taken steps to fulfil this goal. The example of Port of Spain and Kingston reflects the same.

Read More: Can Greece and UAE be the shoulders to lean on for the Caribbeans?

A new era of co-operation

It is to be mentioned here that Trinidad and Tobago is a resource-rich country and is the largest Caribbean producer of natural gas in CARICOM and the second largest producer of oil after Guyana. Jamaica too is one of the fastest-growing economies and has made an extraordinary economic turnaround.

Deepening economic ties between the Jamaica-Trinidad & Tobago will certainly be mutually beneficial and will usher in a new era of economic cooperation in the region, which will eventually help them to shed their over-dependence on the West. If this becomes successful that day wouldn’t be far when apart from CARICOM, the Caribbean region will see even greater economic cooperation or dynamic economic groups that will be able to keep the imperialistic intentions of the West at bay while leading the region to greater economic self-sufficiency.