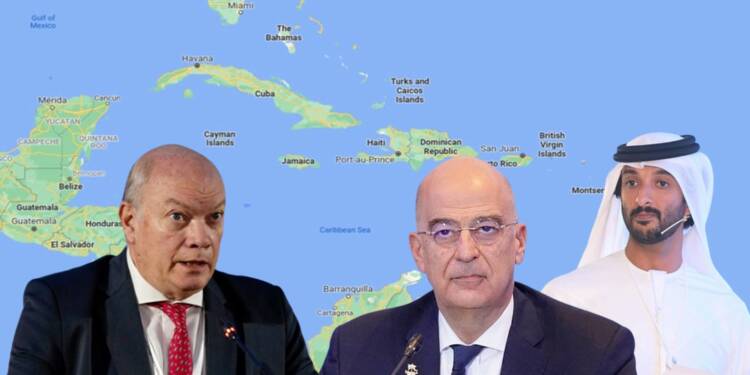 The Ukraine war has taught the world a few important lessons and one such important lesson is dependency. Various nations have learned from the war that depending too much on one country or individual can create problems for the entire nation.

For instance, relying on the West is becoming a burden for many nations on the globe. Europe is aware of this, and with it, the Middle East. As a result, several countries in Europe and the Middle East are looking for new business partners.

Their search might have just ended at the Caribbeans as two renowned nations from these regions are testing waters with Caribbean nations. Could they be the shoulders to lean on?
According to the national news, the second-largest economy in the Arab world, UAE is looking to expand its global economic ties with the Caribbean. In this bid the UAE Ministry of Economy is exploring joint investment opportunities with several Caribbean countries.

According to a statement released by the ministry on Friday, Abdulla bin Touq Al Marri, UAE’s Minister of Economy, met with several ministers from Caribbean nations to discuss ways to improve economic and trade cooperation and came to an agreement on new action plans that can aid in fostering greater economic cooperation.

Role of UAE and Greece in Caribbean

For the unaware, UAE is preparing its roadmap for the next 50 years of growth and development, and if, UAE is having thoughts of expanding its relations with Caribbean, that’s unquestionably a welcoming step.

For years, UAE and Caribbean nations have had a coordinated relation with each other.

The non-oil trade exchange between the UAE and the Caribbean market reached nearly Dh422 million in 2021, while the volume of UAE’s non-oil exports to the region amounted to nearly Dh90 million.

Not only this, even Greece is exploring ways to expand its trade with Caribbean nations. Addressing the event “Latin America and Caribbean Day ”Greece’s Foreign Minister Nicolas Dendias has stressed, “Greece wants to enhance its relations with the countries of Latin America and the Caribbean”
Read More: Ever wondered why most Caribbean countries don’t have stable governments

A welcoming step, but vigilance needed

All in all, this is indeed a good sign that Greece and UAE want to expand their economic co-operation with the Caribbean. And Caribbean governments should accept these proposals open heartedly but also tread with caution.

The Caribbean has been trapped in the control of powerful western powers like the United States and France for many years.

Only because of these countries, the Caribbean region never had a proper chance to thrive on a mass scale. But now, Caribbean countries could experience rapid economic growth with more international cooperation.

However, a little vigilance is needed. Caribbeans’ co-operation with the West has made it enslaved for years, thanks to overdependency. Almost every nation has remained dependent on the US, even for basic needs and this is a major reason why, US still has so many puppet governments in the region.

Caribbeans needs to make it sure, that doesn’t happen with more other foreign players.

The world could rely on Caribbeans, but Caribbean shouldn’t rely on them. No one else, not the UAE, not Greece, but the Caribbean countries need to hold the remote control of their nations. When dealing with other countries, it’s high time for countries like Haiti, SVG, Trinidad and Tobago to act like masters and not like stooges.