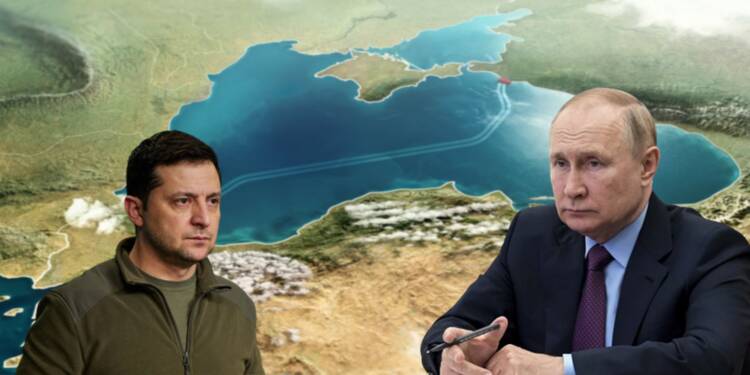 Putin is a geopolitical player who always keeps the cards close to his chest. This is one of the reasons why he was not at all crying foul over the Nord Stream pipeline sabotage, as he had a 2.0 plan ready.

Days after the Nord Stream pipelines were sabotaged, Russia announced a new plan to establish Turkey as the new gas hub for Russian gas exports. The plan was to use and expand the usage of the TurkStream pipeline.

Definitely, he knew that the West and its puppet Ukraine would despise the plan, and so it happened. Reports suggest that TurkStream pipeline was on the cusp of extinction with sabotage. But, Russia has foiled the attempt successfully.

According to a media report by Euractiv, Russia’s Federal Security Service (FSB) has stressed that it had prevented Ukrainian special services from carrying out their special operations which were to perform sabotage on the “South Stream” gas pipeline.

In a statement, the FSB said, “As a result of a set of investigative measures, the FSB prevented an attempt by Ukrainian special services to commit an act of sabotage and terrorism on the South Stream gas pipeline supplying energy resources to Turkey and Europe,…” (sic)

The FSB fell short of naming the pipeline. But, the coordinates by FSB suggest is that the pipeline is none other than the TurkStream pipeline.

Since 2016, TurkStream pipeline has served as a reliable energy source for Turkey and Southeast Europe by connecting the largest gas reserves in Russia to the Turkish gas transportation network.

When the Nord Stream pipelines were sabotaged back in late September, Russia had planned to expand the use of the TurkStream pipeline to continue gas exports to Europe.

The Black Sea, where the TurkStream runs, has seen a significant rise in activity by different players.

Russia, Turkey, and Ukraine are currently active in the Black sea because of the historic grain deal. However, Ukraine is acting fishy which is going unnoticed. Firstly, on 2nd November, 6 U.S. Navy-type patrol vessels were supplied to Ukraine courtesy Biden.

These ships are already active in the Black Sea where they face a much more powerful adversary known as the Russian Navy. These patrol ships are probably deployed to keep a close eye on the Russian navy.

Furthermore, Ukrainian aerial drones and unmanned surface vessels also targeted Russia’s Black Sea Fleet, damaging at least a minesweeper. From the aforementioned incidents, it is clear that Ukraine was testing the waters before a formal execution of its mission of sabotaging the TurkStream.

The question now arises is, what does Ukraine want to achieve from undermining the TurkStream pipeline? The answer is to give a fresh blow to Putin by reducing his sway over the European energy market.

After the Nordstream pipelines, which are now all but gone, the Turkstream pipelines are second-most important pipeline for Russia. The overall capacity of the TurkStream natural gas pipeline is 31.5 bcm.

However, the pipeline’s flow increased following the war in Ukraine. Hungary and other southern-Europe countries rely heavily on Turkstream for their energy needs.

The black sea would have changed into a new battleground and the war would have intensified if Ukraine was indeed after the Turkstream pipelines. Russia, though, stopped the attempt.

Russia has already hinted at plans to damage its pipeline underneath the Black Sea. Putin has long harbored fears that the West may sabotage TurkStream pipeline in the same manner as they sabotaged Nord Stream.