All countries on the European blacklists are small and relatively underdeveloped; most are territories or ex-European colonies with small GDPs. The amount of money laundered through these countries is tiny in comparison to that of the money laundering cities of Europe 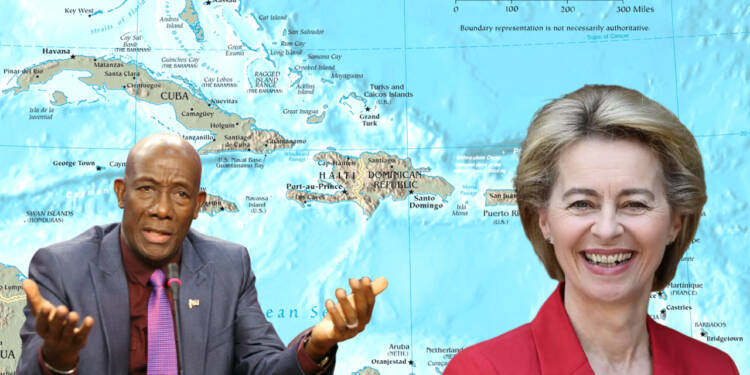 The Caribbean countries apart from its picturesque locations and attractive tourist destinations are possibly the most well-known tax havens across the globe. Today, the Caribbean has almost become synonymous with tax havens. However, who is responsible for the Caribbean becoming the place where powerful and wealthy people or companies still find ways to escape the system in order to reduce their tax bills?

The answer is Europe.

Tax havens are countries that offer extremely low tax rates to giant multinational corporations and rich individuals to help them avoid taxes in their home countries, where they would traditionally pay a fairer sum.

Twice a year, European countries get together to decide which countries outside of the EU are going to make it into the so-called ’blacklist’, a list of the biggest tax havens in the world. The threat of being added to the tax haven blacklist is supposed to dissuade countries from offering low tax rates as a perk for corporations.

However, in the global fight against corruption, Caribbean nations like Trinidad & Tobago are blacklisted in a move that is gravely discriminatory.

Kenneth Mohammed, on The Guardian writes how the EU has turned against some of the economically weakest countries in the world to exercise their superiority.

The 17 countries in the EU tax blacklist included: Barbados, Grenada, Guam, Saint Lucia, Trinidad and Tobago etc. Not one European country was listed; they all got a free pass.

The Tax Justice Network in a 2020 report revealed that tax abuse by multinationals and individuals was costing countries $427 billion a year in lost revenues.

The five jurisdictions most responsible, it said, were the British overseas territory Cayman Islands, the UK, the Netherlands, Luxembourg and the US. Professional services firms have for years created a haven in the UK for dirty money.

All countries on the European blacklists are small and relatively underdeveloped; most are territories or ex-European colonies with small GDPs. The amount of money laundered through these countries is tiny in comparison to that of the money laundering cities of Europe. For example, blacklisted Trinidad and Tobago has protracted and rigorous procedures just to open a bank account. Even buying a sim card needs photo identification and proof of address.

So the ease with which money can be integrated into these countries’ and moved across financial institutions is far less than in Europe’s financial centres such as London.

But, it is easier to penalize these small developing states as they are economically weak, with no material impact on Europe. The EU does not depend on these countries for oil and gas, food or technology. But blacklisting them damages their economies as international corporations move their trade elsewhere. Add in shrinking and aging populations, Covid, the perennial damage through hurricanes and climate change … The result is deepening debt, currency devaluations and negative growth.

So, in conclusion, the tax havens in the Caribbean are European construct. The EU’s tax haven and ‘dirty money’ blacklists discriminate against small and weak Caribbean countries and other poor nations while letting western nations off the hook.

European countries like the UK, Switzerland or the Netherlands, a country where a parliamentary investigation found that billions of dollars are laundered and tax evasion costing billions in lost revenue are not listed. The blacklists of the EU are tools of economic bullying and hypocrisy.