Jamaica has transformed its growth trajectory after decades of high debt and low growth, with positive economic growth for 16 straight quarters. However, the Caribbean island nation may soon experience hunger crises if it continues to kowtow to Western governments 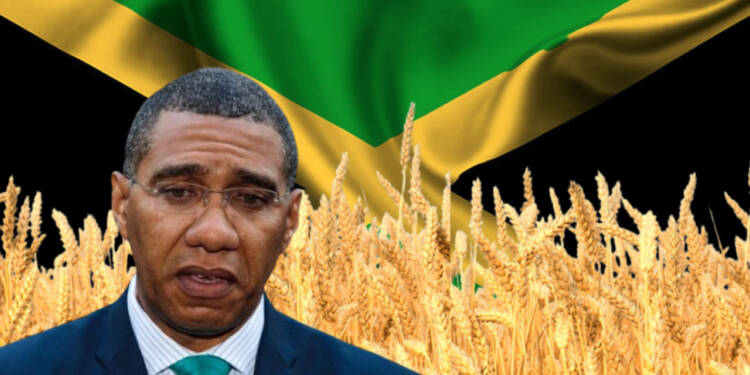 According to reports, farmers in St Thomas are working together to promote more sustainable farming practices through an agroforestry project that aims to support and facilitate regenerative livelihoods for residents. The Regenerative Organic Agroforestry Programme, implemented by The Source Farm Foundation and Ecovillage, combines elements from organic farming, restoration ecology and permaculture. The project first received funding from the European Union (EU) in 2019 and is being executed across 10 farms within the parish in collaboration with the Forestry Department.

Yes, you heard that right. Farmers in Jamaica are on the verge of following the exact same trajectory that devastated the Sri Lankan economy.

You see, a few years ago, the then Sri Lankan President, Gotabaya Rajpaksha issued a blanket order to ban all imports of agrochemicals. What followed next was something not a single soul would have anticipated.  Over two million farmers, or about 27% of the labour force in the country, were left in search of organic fertilisers. The government did not subsidise the purchase of organic fertilisers and herbicides by farmers or encourage the domestic manufacture of these products. Crop yields were destroyed by the abrupt policy change. Average yields of rice, a major food in Sri Lanka that was previously produced successfully and even exported, were reduced by almost 30%. The country of Sri Lanka had to import rice for the first time in decades. Tea output, the nation’s top export, decreased by 18%, which hurt its foreign exchange profits.

To be clear, even in nations with a strong commitment to organic farming, a full transformation is by no means simple.

Read More: Caribbean Countries expected billions of dollars for complying with Biden’s green diktats. They got nothing!

The fact that chemical fertilisers, insecticides, and other agrochemicals allow for reliable and rapid mass food production is the simple explanation for why it is so challenging to move away from them. The importance of quick and simple access to food grains cannot be overstated, as the World Food Programme estimates that 193 million people suffer from acute food insecurity.

Jamaican farmers should be cautious

Frankly speaking, there is no doubt that the contemporary environmental movement enforces the perceptions of primarily affluent, at-ease Americans and Europeans on predominantly destitute, poor Africans, Asians, and Latin Americans. It infringes on these people’s most fundamental human rights by denying them access to the economy, the ability to live better lives, and the right to rid their nations of diseases that were long since wiped out in Europe and the United States.

The world’s wealthiest nations are disproportionately responsible for global warming to date.  Providing finance for loss and damage is the very least that wealthy countries can and should do. However, in order to achieve this, they will have to admit that they are to be blamed for the current climate catastrophe. Truth be told, pigs may fly before the industrialised nations accept accountability for their actions. Additionally, rather than providing cash and financial support to the developing countries in their efforts to combat climate change, industrialised countries, due to their dominance in international organisations like the United Nations, continue to place onerous demands on the developing nations.

Furthermore, under the guise of environmental and human rights advocacy, these developed Western nations work to stymie development and undermine democracy by funding parasitic organizations, environmental NGOs, and media outlets with foreign money.

Western countries have always used such climate subsidies and aids as a smokescreen to hide their “sustained looting” as the host counties lose nearly billions of dollars per year through tax evasion, climate change mitigation, and the flight of profits earned by foreign multinational corporations. The goal is to exploit the vulnerabilities of smaller countries, pulverise them in a web of aid and dependency, and then loot them of their resources. They constantly treat these less developed nations with complete disdain and pressure them to adopt “first-world” development practices.

You see, the same European Union, which vowed to pursue organic farming and imposes such economically unsound policies on developing nations still endorses genetically modified crops, which threaten natural biodiversity. Jamaica should, therefore, not fall for such theatrics.

Equity and “common but differentiated responsibilities” must be the cornerstones of any global climate policies and negotiations. It would, therefore, be foolhardy for Caribbean countries like Jamaica to cave in to pressure and allow the imposition of climate policies constructed by the West, for perpetuating Western interests.

The Barbadian government is killing people, just to satiate the country’s liquor sellers