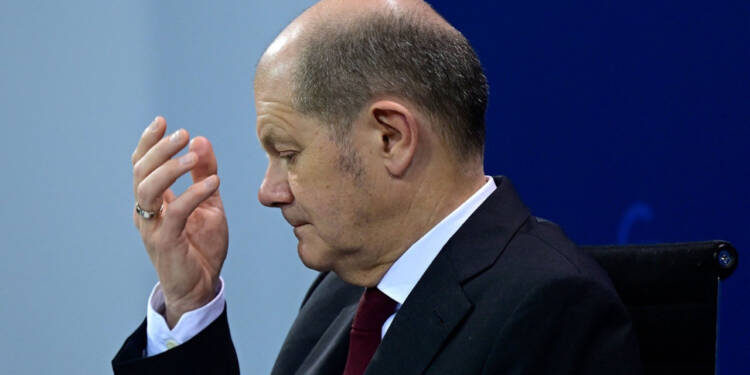 Muhammad bin Tughlaq, a Mughal emperor is known to be the stupidest emperor ever. He changed his capital from Delhi to a  place 1500 kilometres away from it, but as soon as he arrived there, he changed it again. He then attempted to make the value of bronze and copper coins equal to that of silver, but the measure caused hyperinflation, and he had to change his decision again.

Well, he has a competition; German Chancellor Olaf Scholz. Seeing Scholz, Tughlaq must be turning in his grave.

Olaf Scholz of the SPD party became German Chancellor in December 2021. He succeeded Angela Merkel. He took the charge of the Chancellor at a time when Germany was in marsh of Covid crisis.

Read More: Germany’s subsidy war is pushing every country in EU to the brink of bankruptcy

More than 25 million coronavirus infections have been officially registered in Germany since the start of the pandemic. Experts estimate that there may already be 50 million or more actual cases. Additionally, the coronavirus has been responsible for 157,495 fatalities, or at least 1 in 528 residents.

The onus of not doing enough fell on Olaf Scholz. Further, Scholz made the matter even worse not only for Germany but for the whole world as he disagreed with a proposed waiver of intellectual property rights for COVID-19 vaccines.

He also didn’t provide Germany’s industrial hub with the support it needed to bounce back. Moreover, Germany also failed to help its allies and poorer nations to bounce back from the Covid crisis.  Further, as the Ukraine war broke out, Germany could have taken a stand similar to its predecessor Angela Merkel who has helped bring peace between Ukraine and Russia. But, he obeyed every directive from the White House and almost became the third wheel of US’ foreign policy.

He also blocked the certification of Nord Stream 2 which could have eased the energy imports from Russia. As a result, Germany faces the threat of de-industrialisation. As gas is cheaper in the US, companies are now leaving Germany and shifting to the US,

Another reason why we are saying Olaf Scholz is a senseless politician is his party’s policies regarding China. He allowed China to have the Hamburg port despite opposition from all other parties.

He also went to China to help Xi Jinping shore up his credibility when every other Western leader denied doing so. He has regularly given statements that are overtly pro-China ignoring Germany’s sovereignty.

Green Party, which is in coalition with his government has a very contrasting view of China, but Scholz didn’t listen to it.

Further, now his Interior Ministry is working on a proposed rule that would allow foreigners living in Germany to apply for citizenship after five years rather than eight, thus making migration into the country easier.

After three years, they could even be able to apply for a German passport if they have finished the “special integration measures.” And, if one parent has had “legal habitual residence” in Germany for five years, a child born in Germany to foreign parents will immediately receive citizenship.

The German middle-class is going to get most affected from this recent act. And as Olaf Scholz derives his political power from the middle class, the policy to change the citizenship rules will be suicidal for his political career. This policy will deprive Germany of its “soul” and make it persuadable to “Woke ideology.”

Olaf Scholz’s popularity is already plummeting and this policy would be the final nail in the coffin of his political career. He is undoubtedly the stupidest politician alive in the world right now.