Becoming a Republic marked the formal end of the Barbados's nearly 400-year relationship with British monarchy, and cast off one of the last institutionalized vestiges of British colonialism 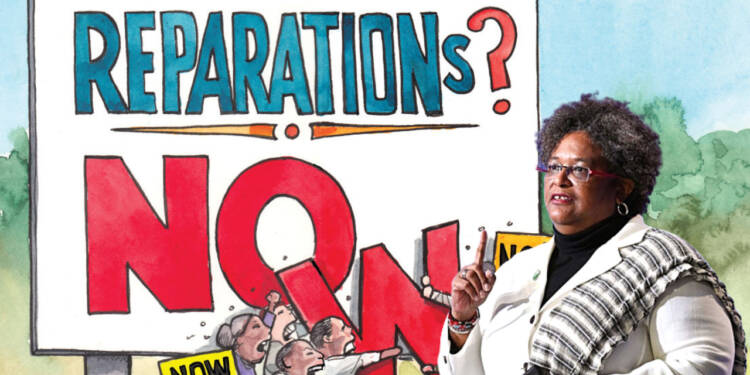 Barbados was the first British “slave society” and was the most profitable for 100 years. It was ruthlessly colonized by Britain’s ruling elites. They planted cotton, indigo and then shifted to sugarcane. Britain made its fortunes from sugar production by an enslaved population.

Now, the government of Barbados is considering plans to make a wealthy Conservative MP, the first individual to pay reparations for his ancestor’s pivotal role in slavery.

Richard Drax, is an MP for South Dorset. He recently travelled to the Caribbean island for a private meeting with the country’s prime minister, Mia Mottley. A report is now before Mottley’s cabinet laying out the next steps, which include legal action in the event that no agreement is reached with Richard Drax.

Barbados MP Trevor Prescod, chairman of Barbados National Task Force on Reparations, part of the Caricom Reparations Commission, said the UN had declared slavery to be a crime against humanity: “If the issue cannot be resolved we would take legal action in the international courts. The case against the Richard Drax family would be for hundreds of years of slavery, so it’s likely any damages would go well beyond the value of the land.”

The Drax family pioneered the plantation system in the 17th century and played a major role in the development of sugar and slavery across the Caribbean and the US. His family made a fortune from their Caribbean plantations where thousands died.

Richard Drax is extremely wealthy today. He and his family are worth at least £150m and own 23.5 square miles in Dorset, and an estate and grouse moor in Yorkshire. The family also own 125 Dorset properties personally or through family trusts and a £4.5m holiday villa on nearby Sandbanks. His ancestor, Sir James Drax, was one of the first Englishmen to colonise Barbados in the early 17th century. He part-owned at least two slave ships, the Samuel and the Hope.

Now he faces urgent calls for reparations. Though the Caribbean countries have come together before to demand reparations, this is the first time that a family has been singled out.

David Comissiong, the Barbados ambassador to CARICOM and deputy chairman of the task force, said that besides Richard Drax, other families whose ancestors benefited from slavery are being considered including the British royal family: “It is now a matter that is before the government of Barbados. It is being dealt with at the highest level.

So, Barbados’ calls for reparations have grown that want the British government to pay up for years of slavery sins.  Acknowledging that it happened is only the first step but true accountability requires more than that. With Barbados insisting on reparations, it is only likely that other Caribbean countries too will follow suit and this movement is only going to gain momentum. Will the British overlords make amends for the atrocities of slavery, only time will tell.