St. Lucia is reeling under crime. However, the lackluster attitude of the government has been utterly disappointing so far. Is the government really ready to take on the challenge? 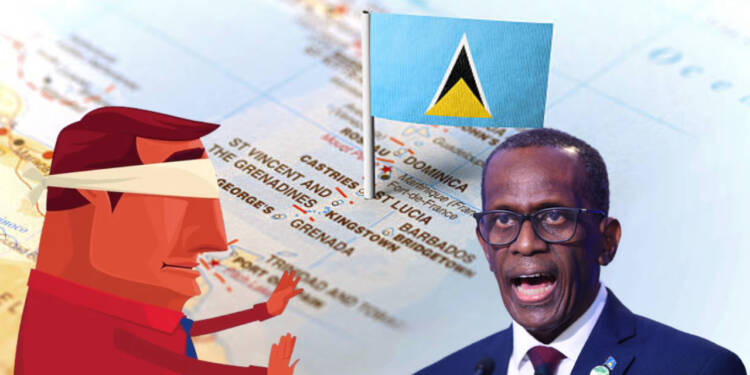 Multiple crises in Saint Lucia have plagued the nation. The upsurge in crime in the country has posed a serious challenge. Recently, Prime Minister of Saint Lucia Philip J. Pierre had to address the nation regarding increasing crime.

However, the Prime Minister’s address has received severe criticism from opposition and citizens of Saint Lucia as it failed to reflect the gravity of the situation on the ground and displayed utter lack of any serious plan on the part of the government to deal with the situation.

Prime Minister Pierre has no plan to curb crime

Prime Minister Pierre in his ‘important message’ to the nation recalled that, “our crime situation is not a sudden phenomenon. We did not just get there,”

“Saint Lucia has seen an increase in the number of homicides over the last six years.”

“It has hurt us. It has caused pain to families and threatened the fabric of our society. Crime has continued to plague us for too long. We must fight back and take our communities,” Pierre said.

He urged all citizens to fight the scourge of crime individually and as a country. “To achieve this we need you the citizens to protect a zero tolerance towards criminality of all forms,” Pierre said.

The address of the Prime Minister has been criticized by the opposition United Workers Party (UWP) as “uninspiring”.

When the government should have convinced the citizens of its plan on tackling the upsurge in crime that is threatening the security of civilians and tourists in the country alike, the Prime Minister’s best solution seems to be to call on citizens to fight crime?

Pierre’s address to the nation came amid a sharp spike in violent crime resulting in 66 homicides this year alone.

The homicides included four fatal shootings just last week. The surge in homicides has devastated people’s sense of being and security. The government of Saint Lucia needs to act before it loses complete control over the situation.

A UWP release stated, “It is yet another failed attempt to reassure the public that his Government has come up with a holistic plan to deal with escalating crime levels,”

The opposition party further observed that as soon as Pierre’s address to the nation ended, his office announced that he would be traveling to Taiwan the following day.

“Whenever crime surges, Pierre flees to safety by traveling,” the UWP press release asserted. The Prime Minister was also criticized as his address to the nation contained no hope or short- or medium-term solutions to crime.

Today Saint Lucia needs zero-tolerance for crime and corruption. For a country that depends heavily on tourism and foreign investments, the government has to deal with criminals with an iron hand, otherwise the country will reel in high inflation. The Prime Minister must act tough and realise that such speeches without substances won’t do any good to the nation.