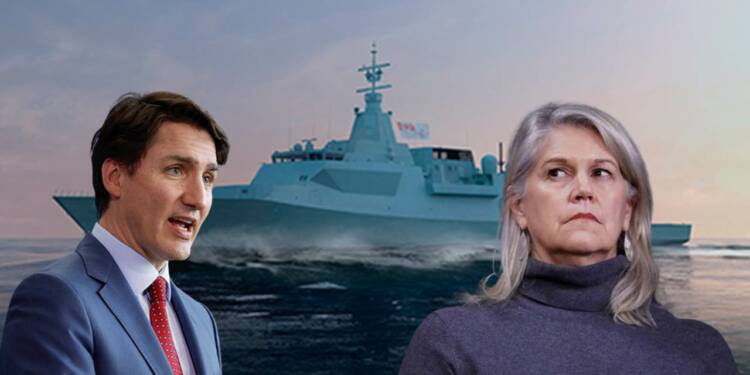 The Liberal party of Canada has deep-rooted corruption and opportunism in nearly every important department of Canada. This is not a secret. From electing Ian Shugart to the upper house to appointing Brenda Lucki as head of the RCMP, Justin Trudeau has never ceased to amaze us.

However, even his ministers share a common skin color. Yes, the media spotlight frequently turns a blind eye towards Canadian ministers, giving them a free hand to commit heinous corruption. The same cult also includes Jody Thomas, whose son is definitely altering crucial defence decisions. When we talk of Jody Thomas, the very first thought that comes up in your mind is yikes! another Trudeau loyalist. Day before yesterday, National security advisor Jody Thomas  yet again warned the freedom convoy protestors to dare not open a new front against Ottawa. Jody held that the Ottawa officials are already planning in advance for the possibility of another “Freedom Convoy” protest in early 2023. Jody Thomas told a parliamentary committee on Thursday evening.

Pretty surprised we are, given the statement’s timing because the govt. Of Canada is currently entangled in testimonies for its actions during an emergency in Canada. Jody Thomas is one whose credibility and reliability is mostly under question because of her past actions with Canada’s defence and national security.

This story dates back to 2021 when Jody was not the national security advisor. But, the deputy minister of defence. Jody Thomas’s son Andrew Coates has made it to the news, courtesy an expose stating that Coates is hindering Canada’s defence progress. Coates has been recruited by Lockheed Martin, a company that was chosen by Ottawa for designing the Canadian Surface Combatant fleet. The Kanata-based company is also heavily involved in the defense department’s Arctic and Offshore Patrol Ship project.

Thomas was engaged in both shipbuilding projects, according to Department of National Defence documents obtained by Canadian media. In addition, Lockheed Martin also had to develop the Joint project to build two supply vessels for the Royal Canadian Navy.

As the deals got signed and questions started to erupt on Coates’s role in deals, Jody Thomas exercised her influence on the media, to pave the way for Coates to cling on to the deal. If one remembers, Thomas had warned defense industry executives about raising concerns over the controversial $77-billion warship project, for which Mr. Coates had submitted a proposal

Even, the Department of Defense declined to say what procedures, if any, have been put in place to deal with Thomas’ interactions with Lockheed Martin projects. This was undoubtedly a clear pass to Jody and her son. Now, do you want to know to what Coates was doing before he became such a big player in Canada’s defense? Surprisingly Coates worked as a customer service representative at an enterprise called ‘Rent -A-Car’ and as a contracts administrative assistant at Esterline Electronics, according to his LinkedIn profile.

These opportunistic deals have hindered the growth of Canada’s defense. The Canadian Surface Combatant project is supposedly the most expensive single outlay of public funds in Canadian history. However, what’s the actual development status of these projects, no one has any idea. This is a perfect example of misuse of power. Jody, a big politician in the eyes of Trudeau made her son one of the biggest defense dealers for Canada. The deep-rooted corruption continues, yet the government chooses to keep shut.