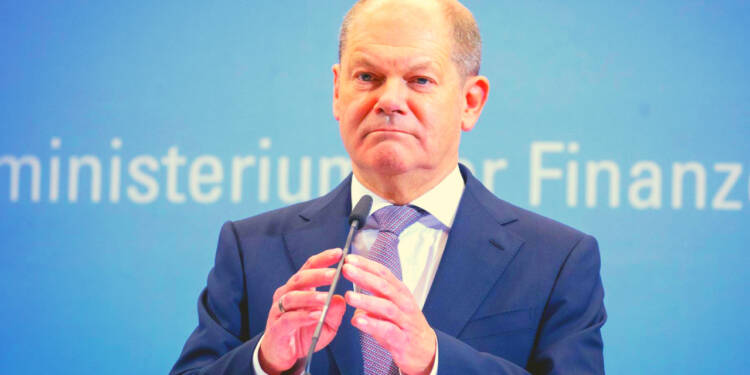 Germany is the enemy of Europe and its people. It’s playing with the future and prosperity of Europe. As European nations seek to strengthen their defence, Germany continues to ignore the proposition. It’s the chink in Europe’s armour.

According to reports, the Federal Ministry of Finance in Germany denied a critical request for more funding from Defense Minister Christine Lambrecht to address a severe shortage of ammunition in the nation’s armed forces. Steffen Saebisch, state secretary for finance, said in a letter obtained by the German Press Agency (DPA) that munitions manufacturers appeared to have “different perception” on the origin of the ammunition crisis.

The Social Democratic Party’s Lambrecht allegedly demanded an additional budget in a letter to her coalition partner, Federal Finance Minister Christian Lindner of the Free Democratic Party, which prompted the finance ministry’s reaction. Lambrecht blamed a lack of funding for the ammunition shortfall and demanded more money “immediately in a significant amount.”

While Saebisch reported that industry representatives believed the slow availability of equipment and ammunition was “not due to a lack of budgetary funds” but rather to the defence ministry’s “complicated, sometimes non-transparent and inconsistent” ordering processes.

The infighting between the coalition partners is evident but Germany’s future is at stake. Olaf Scholz’s speech in March regarding increasing the defence spending was a watershed moment.

Germany after the dissolution of the USSR has not invested in its defence spending. It has been wary of military power and has delayed plans time and again to increase the military spending. 69% of Germans believe that Government should spend more on defence than 39% in 2018.

Despite the historic speech and promises to increase the military spending, Germany is back to square one. Germany, despite being the largest economy in Europe has failed to take the initiative to bolster the defence of the continent.

According to a group of ten defence experts, if Europeans genuinely want to develop a coordinated defence sector that would enable them to meet the upcoming challenges and establish themselves as a serious participant in the world of security, they must work together more and invest more money now.

Too frequently, European nations have reassessed their equipment policies almost entirely within a national context, favouring a short-term outlook over a longer-term one. They may also have time and again national development and manufacturing over off-the-shelf purchases. We can say so in the case of Germany, which has again ignored its defence requirements.

Germany recently unveiled a relief plan of around 65 billion euros to assist millions of people coping with rising costs in the midst of Europe’s worst energy shortage in decades. Its concerns for citizens are understandable but defence spending is the most urgent need for its sovereignty. US’ has shadowed Berlin’s foreign policy has taken advantage of the incapable military power.

Further, Germany is vital to the dreams of European collective defence. And if it falters, the whole plan would come crashing down. It’s time Germany stands for its sovereignty and people by putting its defence first and add efforts to the European defence wall.