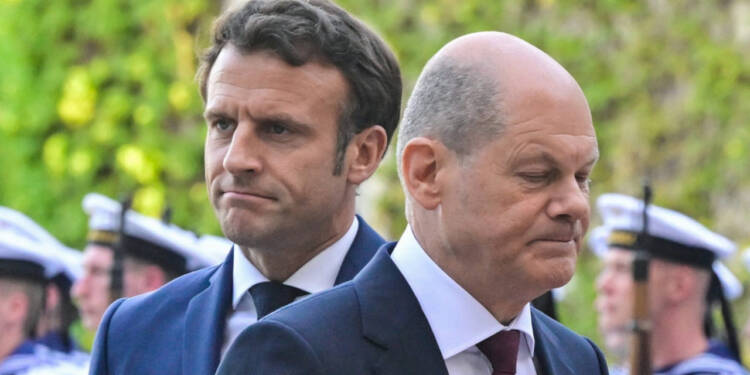 The EU is having a hard time and the new unsaid leader of the bloc has a plan but Germany is posing to be a spoilsport. It is well known that the good old days of Germany when it was cited as a superpower in the bloc are now past. And, France’s golden times are around the corner. The countries in the European Union share a good old history of peace and cooperation, but the relations between the two topmost powers are deteriorating. Advancement of France has been irking the nerves of Germany and hence it has been taking anti-France steps that have consequently hurt the bloc’s interests. It’s high time Germany gets ready to abide by France’s diktats for the greater good of EU.

A cold war has been brewing between the US and France as the latter has been ascending to levels comparable to the US. Well, this has been a matter of concern for not just Washington but France’s neighbour Germany too, who has ever since enjoyed the coveted seat of a leader in the EU. Germany is having nightmares of France overtaking the race; hence, the country has been at a spar with French president Emmanuel Macron and toed the lines of US president Joe Biden trying to dig France’s grave.

The US has never gotten enough of stabbing the back of the French with its unfair policies against the EU which are set to hurt France’s interests the most. One such policy was the Inflation Reduction Act which even became a bone of contention between the bloc’s industrial heavyweights- France and Germany. Olaf Scholz and Emmanuel Macron reconciled by agreeing on the growing concern over unfair competition from the United States and the probable necessity for Europe to retaliate.

The French president and German Chancellor spoke for over three hours over a lunch of fish, wine, and Champagne a few days back in Paris about their shared concerns about the Inflation Reduction Act. The new legislation brought in by the US only supports electric vehicles assembled in North America. Countries view the EV and automobile sections of the Inflation Reduction Act as being both against international trade laws and the growing economic relationships with the US.

According to the Inflation Reduction Act, domestically produced electric vehicles are eligible for a $7,500 tax credit. Starting in 2023, the tax credit is subject to new limits. Vehicles must still be produced in the United States, but there are now stricter requirements for the mineral composition and the components of EV batteries.

So, the new legislation of the US is bound to hurt France’s automobile sector the most among other countries and hence Emmanuel Macron decided to bring the European Union together in a bid to counter the US’s multi-billion dollar strong Inflation Reduction Act. France resorted to creating a common European funding backed by Brussels to oppose the act but the US’s pet Germany now seems uninterested in the plan. Countries like China and the US have been spending hefty sums to bolster their industries and lure the investors with expensive subsidies, which has consequently put the EU under increased pressure to act and hence France came up with a plan but Germany is posing to be a hindrance in the path now.

The automobile industry alone accounts for more than 7% of the EU GDP revenue. Thus, in a bid to retaliate the European Commission planned to create a common European funding scheme – the sovereignty fund – to counter these developments but is facing an uphill battle from Germany. Finance minister Christian Lindner is taking a stance against a response that would entail any form of joint borrowing at the EU level.

While German finance minister Christian Lindner emphasised that it might be “useful” to “bundle existing instruments”, he stressed that any instrument involving joint debts would be off the table.

“A sovereignty fund must not be a new attempt at joint European borrowing,” he warned ahead of the meeting of European finance ministers on Monday (5 December). “We see no reason for additional joint European debt,” Lindner added.

As we stated, a cold war is underway between the two heavyweights of the EU, Germany wants to counter France in every possible way. But, it’s time that Germany stops toeing the line of Washington. Clearly, Germany’s anti-EU diktat is bound to garner criticism and it won’t be far-fetched to conclude that Germany is heading towards getting ostracised by the bloc.