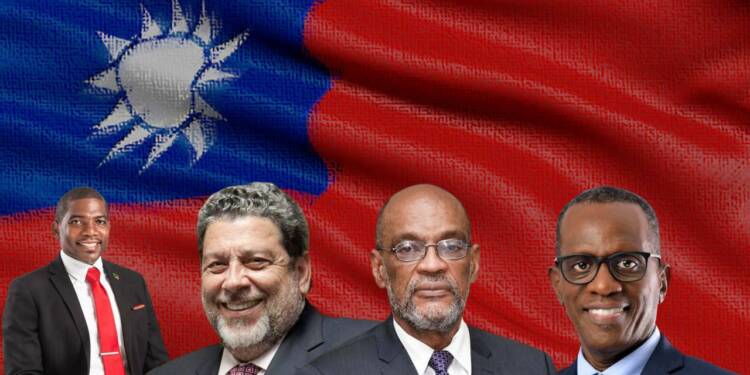 Taiwan has been a contested territory for a long time. In its government’s battle for self-determination, Taiwan suffered many setbacks. Not only has it been attacked many a times by China, Beijing also went on to isolate it diplomatically. However, in such backdrop of hopelessness, the Caribbean nations emerged as allies of Taiwan. Now, they will be the subject of Xi Jinping’s numerous attempts to woo them. But will they cave-in to China’s pressure

Recognition of the legitimacy of Taiwan is prevalent only among Caribbean countries as most other nations consider it as a part of China. In the Caribbean, nations like Haiti, St Lucia, Paraguay, Belize St Kitts and Nevis etc have good diplomatic and economic ties with Taiwan.

Taiwan chose Caribbean countries as its allies because most countries in the Indo Pacific region have strong bilateral and diplomatic relations with China. As recenlty, the leaders of Vietnam and China met and pledged to enhance their partnership with each other. Similarly, president Xi Jinping held talks with Thailand’s prime minister, Prayut Chan-o-cha in Bangkok, both leaders emphasised the growing closeness between China and Thailand in the past decade and stated that they will develop their ties.

In fact, even a nation like Japan is not trustworthy for Taiwan considering its relationship with China as in November, Jinping met prime minister Fumio Kishida and discussed on enhancing their bilateral relations. Now, countries like Japan, Thailand and Vietnam have a specific foreign policy. They don’t necessarily establish relations with other countries for economic favours or grants.

But unlike the Indo Pacific countries, Caribbean nations’ foreign policy is uncertain and is heavily influenced by financial assistance or grants.

The economy of nations like Haiti has stagnated, in fact half of its people live below poverty line, the debt has risen to $3.57 billion and inflation has touched 26%. Hence, Haiti can establish its relations with any nation considering the latter promises huge financial assistance. Similarly, the Caribbean is a region which witnesses many natural calamities. In 2010, Hurricane Tomas in St Lucia wiped out 40% of the GDP and in 2013 floods culminated into massive losses. Dominica is in a crisis too as food insecurity and natural disasters have caused many problems.

Therefore, in such a situation of humanitarian crises, Taiwan is one of the few countries which provides the Caribbean states with funds such as the grant of $7.5 million to St Lucia for developmental projects in the island nation and a Covid assistance of $2 million to Belize. As a result, the Caribbean countries recognise the claims of Taiwan in international system and have taken stance against the dominance of Beijing.

Since, they chose Taiwan for economic purposes; Taiwan chose the Caribbean nations strategically as they are close to the US. Hence, Taiwan is using their closeness with the US as an advantage in its quest for safeguarding its territorial integrity.

Will alliance between Caribbean and Taiwan continue?

However, there were some ups and downs in this partnership between Taiwan and the Caribbean. As St Lucia and Taiwan, which first forged relations in 1984, severed them in 1997 as the former switched its loyalty to China. But in 2007, both restored their friendship. Similarly, Dominican Republic, which used to be an ally of Taiwan, cut its ties with it. Santo Domingo announced that it will not recognize Taiwan as a separate entity anymore. Taking this into account, in future both China and the US will try to influence, pressurize or coerce the Caribbean nations over the Taiwan issue.

In fact, recently China attempted to consolidate its ties with the Dominican Republic by supporting its migration policy which is the subject of intense criticism from the US. Beijing also stressed that it supports the sovereignty of the Dominican Republic. Similarly, Biden will also try to influence the foreign policy of the Caribbean nations by deploying IMF or World Bank to provide them grants.

Hence, it will be interesting to see whether the Caribbean countries will continue their alliance with Taiwan or change their loyalties to China or the US.

Read more: From frying pan to hellfire: Dominicans embrace China as they bid adieu to Biden