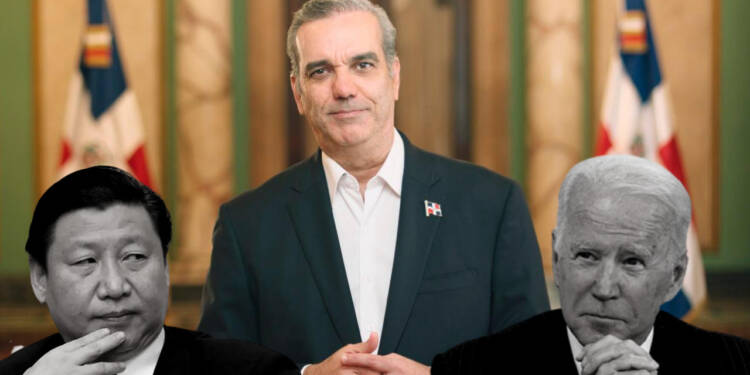 The abandonment of the Dominican Republic by the US prompted Xi Jinping to show his solidarity with the Caribbean nation. However, disguising itself as a promoter of peace and prosperity is one of the primary characteristics of Beijing. Now, the Dominican Republic has to decide whether to stand with the biggest hypocrite or the most cunning player in the geopolitical arena.

The Dominican Republic is struggling with the issue of illegal immigrants from nearby countries, the majority of them from Haiti. In fact, between July and October, the government deported more than 43, 000 illegal migrants.

The irony is that the US itself is involved in the deportation and confinement of Haitian migrants who arrive at its southern border. The Dominican Republic justified its decision by citing national security, and rejected Washington’s allegations as baseless.

After that as a revenge, the US banned the import of sugar from a Dominican company called, Central Romana Corporation. The Biden administration alleged that the company, which exports 200 million pounds of sugar to the US, has an abusive work environment, withholds workers’ wages and engages in forced labour.

These developments have created a vacuum for another country to ally itself with the Dominican Republic.

Now, Zhou Yuqi, an official at the Chinese embassy in the country, emphasised that Beijing respects the sovereignty of Dominican Republic, supports the steps it is taking against illegal migration and is strongly against foreign intervention in the nation.

In the backdrop of USA’s criticism of its deportation policy, Yuqi stated that the Dominican Republic has the absolute right to secure its borders.

Earlier, the Dominican Republic used to be an ally of Taiwan, it was the largest country among the Taiwan-recognising states in the Caribbean. However, China managed to manipulate it into withdrawing its support from Taiwan.

Xi Jinping’s regime even gave an ultimatum to the Dominican Republic to expel the Taiwanese ambassador within 72 hours and order the Taiwanese diplomats to vacate the embassy in 30 days.

In the backdrop of criticism from the US and its allies on Santo Domingo’s migration policy, China issued the statement in support of the Dominican Republic because it doesn’t want the Caribbean nation to re-establish its ties with Taiwan.

However, it needs to be clear here that China is not concerned about the sovereignty and territorial integrity of the Dominican Republic. It is infamous in the world for being a two-faced player which does not have compassion even for its own citizens let alone Dominicans.

Case in point being Hong Kong, Beijing pledged that it will safeguard its democratic institutions more than two decades ago. However, China has systematically ended the culture of dissent, ordered mass incarceration of political opponents and ended free speech in Hong Kong.

Similarly, China has detained around one million Uyghurs in prisons which are subjected to indefinite interrogation, torture, brainwashing, forced labor sterilization etc.

Therefore, in such a situation, the Dominican Republic can neither trust China nor the US, since both nations are infamous in international affairs as the biggest backstabbers. Their actions are always intended to further their agenda which is inevitably based on the downfall of a sovereign country.

On the one hand, the US is employing its classic tactic to intervene in the internal affairs of the Dominican Republic, on the other China is giving a contrary statement supporting its migration policy.

One thing is common in both Beijing and Washington’s actions and that is vested interest.

The Dominican Republic has gold, silver and copper and is the biggest mineral producer in the Caribbean region. Hence, Jinping and Biden just intend to capture its mineral wealth. Taking this into account, Santo Domingo must realise that being either’s ally will be against its interests and will lead it to a road of catastrophe.