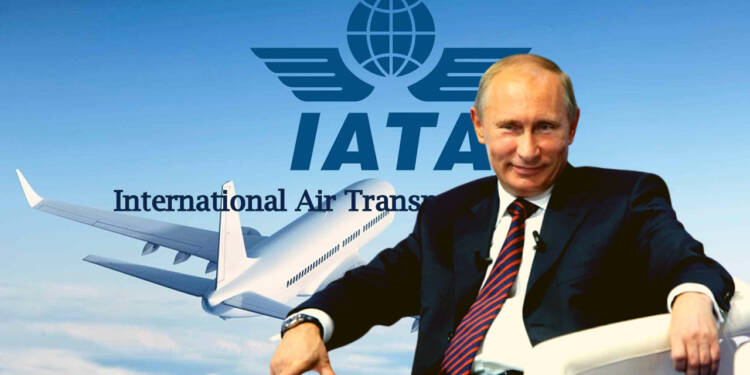 After the Ukraine war began, the Western countries didn’t leave a single sphere to hurt Russia. They kept on imposing sanctions on Moscow aiming to teach it a lesson, though in vain. But now, the sanctions have come to bite it back.

West-backed International Air Transport Association (IATA) is now desperate to get Russia on the board. Following Russia’s invasion of Ukraine, Western countries aimed to hurt Russia economically and financially on a scale that would force Russia to put an end to the war. From land to air, they didn’t leave anything in their sanctions campaign. Just a couple of days after the war started, Europe and Canada shut their airspace to Russian airlines.

In a statement, European Commission President Ursula von der Leyen said: “First, we are shutting down the EU airspace for Russians. We are proposing a prohibition on all Russian-owned, Russian-registered or Russian-controlled aircraft.”

The statement further continued, “These aircraft will no more be able to land in, take off or overfly the territory of the EU. This will apply to any plane owned, chartered or otherwise controlled by a Russian legal or natural person. Our airspace will be closed to every Russian plane and that includes the private jets of oligarchs.”

A similar statement came from Canadian Transport Minister Omar Alghabra who stated that Canada took steps to hold Russia accountable for its assault on Ukraine. The UK and several countries then prohibited Russian flag airline Aeroflot which is the world’s largest national airline from landing in their respective nations. In response to sanctions imposed on Russia for its involvement in the Ukraine conflict, the Russian Federal Air Transport Agency (Rosaviatsiya) announced a ban on airlines from 36 countries, including 27 EU nations, from using its airspace.

The countries were only granted to use the Russian airspace in special circumstances and that too after receiving approval from either the Russian aviation authority or the foreign ministry.

Cut to nine months later, the West-backed International Air Transport Association (IATA) is hoping to make progress in getting Russia on board with their aviation industry initiatives starting from opening Russian airspace. The International Air Transport Association (IATA), which represents the interests of more than 300 airlines worldwide, is keen to build bridges between Russia and the West to ensure the smooth operation of air travel and industry development.

According to the president of the International Air Transport Association (IATA), who spoke on Tuesday, the skies above Europe are getting more crowded, so Western airlines should resume flying over Russia. To put things in perspective, Russian airspace spans 11 time zones and provides the quickest path from Europe to Asia.

Read More: EU runs out of sanctions to impose on Russia

International Air Transport Association (IATA) director general Willie Walsh said, “We should be looking to reopen Russian airspace to have it accessible to all airlines to transit through the traditional Siberian overflights so that Europe can access Asia in the most efficient way possible.”

Walsh highlighted that the closing of Russian airspace by the West has led to congestion in Europe and that may be hazardous for the airlines. He added, “If you look at the closure of Ukrainian airspace, Russian airspace and other parts of the world, the amount of traffic that’s flowing through Europe has increased over certain routes and that’s not sustainable.”

The self-inflicting wound has started to bleed. Now, International Air Transport Association (IATA) wants to apply a bandage on the self-inflicted wound. At least, it realised that things weren’t happening as Western countries intended. Had it stopped re-injuring the wound, Western countries would have been in a better situation as of today. And, we’re just not pointing to sanctions on the Russian airspace, but the sanctions on other industries too.