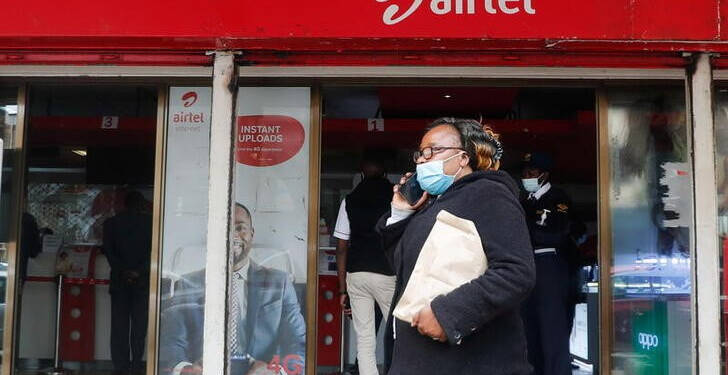 Airtel Nigeria 5G: In the modern world communication plays a vital role and it gets efficient with technology. In simple words, telecom reduces time and energy in delivering vital information with minimum effort. Specially for a growing economy effective communication is vital for its industries, for example in health care, education, banking and more. From the way we shop to the way we work and communicate, access to Internet has also revolutionised our lives. 4G has forever changed the world for us and opened many doors that help us to lead a better life. Its many uses and benefits are known to all. Thus, excitement is now growing bigger for 5G technology with every passing day.

While the Americas and Europe are on the forefront of 5G implementaion, investments in the technology have also been made in Asia and Africa. Now, as Nigeria prepares for 5G implementation, India’s leading telecommunications company Airtel has emerged as the sole bidder in second 5G licensing round.

Airtel to give 5G boost to Nigeria

Telecoms company, Airtel Nigeria Limited, has emerged as the sole bidder in the second round of licensing for the deployment of 5G technology.

The Nigerian Communications Commission said on Wednesday that Airtel applied for the 3.5GHz spectrum alongside Standard Network & Connections Limited, but only Airtel made the initial payment.

The commission further said that there shall be no further bidding. NCC spokesperson Reuben Morka said that “Standard Network sent an email appeal for the deadline to be extended by 12 working days which was not acceptable in view of the auction timetable,…”

5G has transformed the way we conduct our businesses, shop, our social lives and also with online education it has brought about a revolution in the field of education. Nigeria is already the fastest growing economy in the African continent with a growing middle class. It has the potential to become a strong economic powerhouse not just for Africa but the world. 5G can play an important role in helping Nigeria to realise this potential. Multiple industries, ranging from manufacturing to social, economic, healthcare, education, and agriculture. can be benefitted from 5G networks. Increased digital inclusion with 5G networks will power innovation and facilitate improvement in service quality.

According to Qualcomm CEO, Steve Mollenkopf, the 5G value chain could generate up to $3.5 trillion in revenue by 2035 and support up to 22 million jobs.

An Indian telecommunication service company, Airtel’s Africa arm, Airtel Africa is poised to be the largest, most profitable and most reliable mobile telecommunications network in the African continent and now in a significat development it has emerged as the market leader in 5G technology.

After the selection of Airtel for 5G services it is clear that Nigeria wants to rely on trustworthy powers like India and not the West. The West’s greed for capturing natural resources in Africa is well-known. It has also used various tactics in the past to destabilise nations for its own selfish interests. Now Affrica has become wary of these imperialistic ambitions of the West. Historically speaking, India and Nigeria share the same colonial horrors. India understands Nigeria’s colonial pain and vice-versa. This places the two countries in a unique position where each can mutually benefit by forging new ties.

Whereas, Nigeria has always been at the receiveing end of the West’s insatiable greed for resources. We had explained to our readers how Nigeria lost billions of dollars from oil theft.

Read More: Biden stole $10 billion from Nigeria in the last 7 months and then gave $750 million to it in aid

US-based MNCs’ parasitic activities deprive developing African countries of any possibility to benefit from their own natural resource wealth.

However, now African countries are looking for opportunities where they can secure their own national interests as well and not just be a supplier of raw materials to the West which doesn’t yield any substantial advantages for Africa. This was precisely the reason, why Nigerian government turned down Tesla’s offer to mine Lithium in the country.

On the other hand, youthful demography, fast-growing economies and vast amount of natural resources are some characteristics that both India and Africa share. Today India is emerging as a major power in the world and also the fastest growing economy in the world. Nigeria is the biggest economy in Africa. Having gone through the same colonial trauma, relationships between India and African nations are based on mutual respect and co-operation. Thus Airtel’s role in launching 5G technology in Nigeria will mark a new era of co-operation and will bring the African continent closer to a reliable partner like India which will be based on mutual benefit and not servitude.