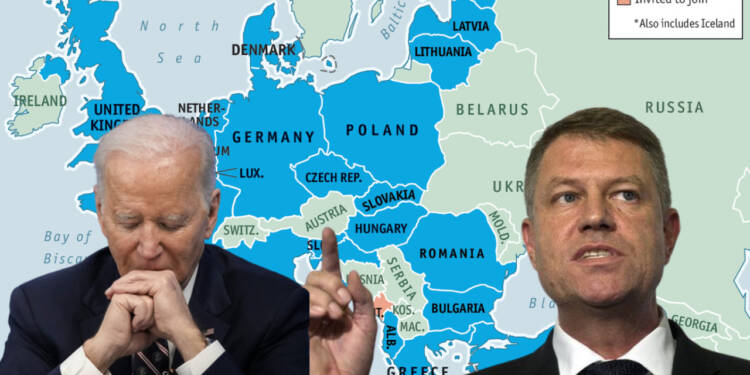 The EU and NATO have been flexing their geopolitical muscles ever since the war started and that has caused some internal rifts within the blocs. The EU and NATO have been unable to appease all of its member nations amidst the ongoing crisis and one such group of nations is the Balkans. Owing to the deteriorating ties between the Balkans and the bloc, the ship called ‘Balkans’ has now sailed off the EU’s coast and is poised to harbour in the port of Russia. The Balkan nations have been taking an anti-West stance and are now all set to kiss goodbye to the bloc.

If you eat out of someone’s plate you are bound to function as per their whims and fancies but what if you stop eating? You are free like a bird. And that bird is the Balkans which is now in a bid to free its clutches from NATO and the EU.

In a recent development, the Balkan nations have come out as a rising military power in the bloc. The Balkan nation of Romania has recently boasted about its capacity to produce enough ammunition for its internal needs and even satiate the corner demand in the region. According to Economy Minister Florin Spătaru, Romania will continue to invest in the defence sector in 2023 in order to gain the capacity to create adequate ammunition for its own needs as well as fulfil regional demand.

Read More: Biden turns US’ long-standing allies into sacrificial lambs to save his face

The statement was made during discussions over the ministry’s budget for the coming year. Spătaru stated that by maintaining investments and modernisation initiatives in the defence sector, Romania’s ageing state-owned arms factories will become competitive, if not profitable.

“We’ve made investments worth RON 400 mln (EUR 81 mln) in production lines, for ammunition in particular, and mobile conveyors in 2022. We will continue investments in the Plopeni Mechanical Plant, and the Cugir Mechanical Plant. We also have plans for an investment made in partnership with a foreign investor at Electromecanica Ploiesti in 2023,” the minister said, cited by Economedia.

The European Union has long vowed to become a major economic and political partner of the Balkan countries, but the relationship has been strained in recent years. The EU has failed to make significant progress in integrating the region and many of the countries have become increasingly wary of the EU’s intentions. In particular, the EU’s lack of action in the region’s migration crisis has been a major source of discontent. This is why the Balkans have lost their trust in the blocs and want to set themselves free from the strings of the EU and NATO’s hegemony. Over time, this ignorance by the West has changed the Balkan region from one of the most sentimentally opposed to Russia to one of the most sympathetic.

And, now the nations have even started ramping up their defence self-dependence and become a power in their own region which will take a toll on influence of NATO in the Balkans in the long run.

The Romanian government seeks to revitalise the country’s defence sector through a series of collaborations with “prominent foreign corporations,” separate from public funding. By the end of the procedure, local defence enterprises should be able to provide the Defense Ministry with the necessary equipment, consumables, and maintenance.

Read More: EU reaches out to Balkans, but the Balkans’ ship has already sailed

Ever since the West’s attitude toward the region took a heinous turn it has infuriated its own long-standing friend and allies in the region, compelling them to take such a step. The results of all those actions have come with a huge cost for NATO. Hence, the US may no longer be able to send weapons to the Balkans as the region has now taken on the path of self-dependency.