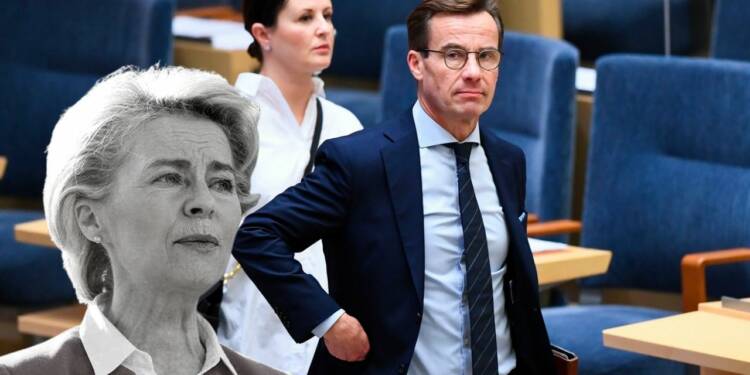 The new year is poised to bring good luck and fortune for all but it seems the opposite for the EU this year. While the world will be busy celebrating the start of the year, the EU will be mired in grief. The bells of prosperity will be heard in every nook and corner except for the EU whose rotating presidency system will ring its death knell.

The European Union is heading towards a difficult summer because one of its longstanding and staunch foes is all set to take on the presidency. Yes, we are talking about Sweden which is poised to take on the baton from the Czech Republic on January 1 and has already started giving the bloc nightmares.

The European Union must be having sleepless nights these days. The reason is the mandate with which Sweden will take on the presidency.

Sweden’s fractured domestic politics were on full show on Wednesday, as Prime Minister Ulf Kristersson laid out his country’s priorities for its upcoming presidency of the EU Council. Sweden takes up the rotating presidency from the Czech Republic in the new year, with the goal of moving roughly 350 EU files forward in the six months before handing them over to Spain on July 1.

Kristersson presented Sweden’s priorities to the parliament in Stockholm on Wednesday under four areas — security, resilience, prosperity, and democratic principles and the rule of law — and struck an upbeat tone about what could be accomplished.

“The Swedish presidency will be an active one, and will offer constructive leadership to deepen the EU’s strengths and find compromises in the European Council,” he said.

The bloc’s opposition parties listening in the chamber have raised concerns over the country’s stature. According to them, introduction of the presidency, however, was additional evidence that Sweden’s government, a minority of three centre-right parties with support from the far-right Sweden Democrats (SD), is on the wrong path. “Migration isn’t mentioned at all, gang-related crime gets a one-word mention, and the references to the rule of law look like they’ve been squeezed in,” Matilda Ernkrans, a Social Democratic lawmaker told POLITICO as she left the session.

So, the liberal caucus of the bloc is going all out against Kristersson’s proposed mandate. But, there’s something more to the picture. You see, Sweden is one of those countries which has always been at tussle with the EU when it came to either its policies or its stance over the Russo-Ukraine conflict. Sweden has been left up the creek without a paddle by the EU which has resulted in a shift of stance.

Read More: Sweden and the EU go into a full-blown verbal war over Ukraine

The bloc has stepped back on the promises it made to the country which irked the nerves of Sweden. The country even backed off on joining the transatlantic alliance because it does not want to be caught up in NATO’s games with Russia which eventually irritated the EU.

Amidst all the infighting and full-blown clashes and verbal spats between the bloc and the nation, Sweden tilted towards Russia which is now becoming a point of concern for the EU because the nation is now set to take on the EU presidency. The EU which has taken an anti-Russian stance owing to its military aggression in the neighbouring Ukraine might now vanish into thin air. The opposing members are disputing that the mandate does not talk about migration and violent crimes but we know what exactly is hurting them the most. All in all, the EU is now thrown into a state of a tizzy.