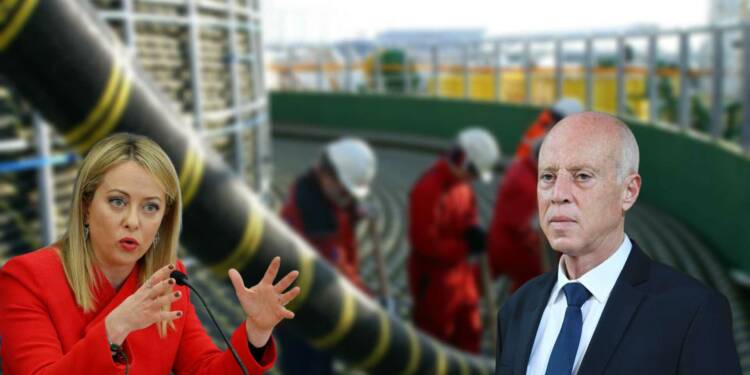 Last year, over 40% of the gas consumed by the European Union came from Russia; as a consequence, the union is working to resolve the problem that Moscow’s gas supply restrictions have sparked. The European countries are making an effort to cooperate with Africa in order to diversify their energy sources.

As a result, the resource-rich continent of Africa has gained importance as a result of the Russo-Ukrainian War. Western countries are in a new race for Africa as they battle for energy resources. But the European countries haven’t succeeded in wooing Africa, much to their anguish. As Europe confronts its worst energy crisis in decades due to the situation in Ukraine, national capitals have been frantically attempting to augment their gas supplies in preparation for the winter. On response to the invasion of Ukraine, the European Union enacted sanctions in April and restricted the import of Russian energy. Since then, EU has been looking for alternatives.

The European fuel crisis has actually been a boon for the resource-rich developing nations of Africa. Since the start of the war, oil and gas prices have more than doubled, and African countries are understandably rushing to increase production and profit from the high prices.

A recent energy agreement between Tunisia and Italy calls for the building of a new underwater power line to carry sustainable energy from Tunisia to Italy. The grid operators of Italy and Tunisia have secured €307 million from the Connecting Europe Facility (CEF), a European Union fund that was set up in 2014 to support EU infrastructure investments related to transport, energy, and telecom.

The two companies will use the funds to build a 600 MW high-voltage direct current connection between the town of Partanna, Italy, and Cape Bon, a peninsula in Tunisia. The transmission line will extend 200 km and will reach a maximum sea depth of 800 meters. The €850 million project will increase electricity production from renewable sources in Europe and Africa and promote the diversification of the energy mix.

“Thanks to this project, Italy will be able to firmly establish itself as the Mediterranean energy hub,” said Terna CEO Stefano Donnarumma.

It is important to highlight the development of ties between Italy and African nations. Besides, Italian PM Giorgia Meloni has already established her leadership as a pan-European figure by demonstrating her ability to handle the continent’s energy issue.

Biden and his Western henchmen would not, however, be looking to curry favour with the Italian PM and Meloni’s strengthening ties with her African counterparts would only multiply Biden’s annoyances. Truth be told, the appointment of Giorgia Meloni as prime minister has been a nightmare for the European Union. Meloni has been a strong opponent of the EU’s immigration policy and has consistently advocated calls for a zero-tolerance approach to unauthorized immigration.

Furthermore, she doesn’t inherit the same hatred that other leaders have for Russian President Putin. Meloni was one of the few Italian politicians to congratulate Putin on his re-election in 2018.

Therefore, it would not be pleasing to Biden to see Tunisia, a formerly devoted friend, become closer to an up-and-coming critic like Meloni. But why did Tunisia suddenly change its mind? Tunisia has long regarded America as an ally. However, as it has started to understand the effects of the one-sided relationship with its American pals, the African nation has recently been attempting to diversify its network of acquaintances. For long America exploited the Tunisian resources and is one of the major reasons for Tunisia’s faltering economy. You see, Tunisia received its food supplies from Ukraine, which is supported by the West, and its oil supplies from Azerbaijan, another Western ally. However, as soon as the conflict between Ukraine and Russia erupted, these nations began moving commodities away from Tunisia and toward Europe. Europe was forced into a crisis by the Russo-Ukraine war and so it scrambled for resources and eventually seized the goods intended for Tunisia.

The same arrogant European countries that once pillaged Africa are now standing in line with a sizable begging bowl. This, to me, surely has a tinge of poetic justice. All in all, the Tunisian government has shown that a battle waged with the proper mindset can bring down even the mightiest Western power.