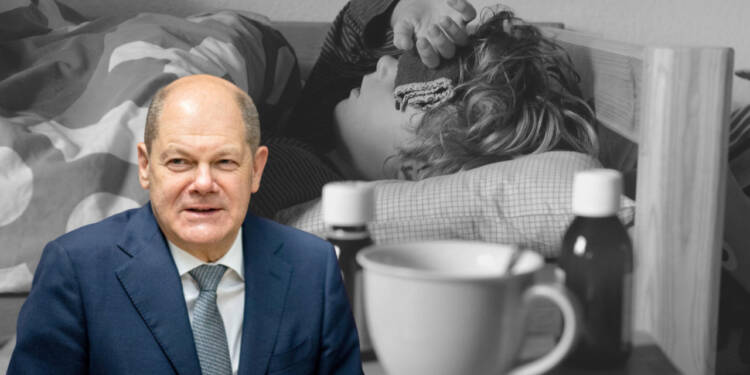 Winters have finally begun in Germany. The enormous instability of the Ukraine war has crept among Germans. And, when Germans are in panic mode, Germany suffers from a massive drug shortage.

Yes, Germany, the largest economy in Europe is suffering from a massive drug shortage!

In Germany, doctors have cautioned that children and teenagers may be particularly affected since essential medications, such as antibiotics, fever reducers, and painkillers, are becoming harder to get in German pharmacies. The Federal Agency for Drugs and Medical Devices asserts that abnormally high demand is to blame for the shortages.

According to investigations by the agency, the import of such medications increased, the spokeswoman said, while adding that “it is not like smaller quantities of fever drugs were put on the market.” The increased demand can be attributed to the stringent measures by the government to reduce energy consumption amid winters. Prior to the start of the Russia-Ukraine war in February of this year, the nation obtained almost half of its natural gas needs from Russia.

Even though Germany’s gas storage tanks are 95% full, it’s not enough to prevent winter shortages.

The horror of what is to entail has made people panic and anxious. They have resorted to hoarding of medicines as the things are bound to get worse. Federal agency for drugs and medical devices has urged customers not to hoard medications because doing so might make the issue worse.

Thomas Fischbach, head of the Federal Pediatricians’ Association, told the Rheinische Post, that there was a very strong demand for drugs like Ibuprofen and Paracetamol. He urged the government to start a massive procurement drive to acquire supplies, just like it did in the early stages of the COVID-19 pandemic.

Things are only getting worse for Germans who were suggested to not bathe for more than five minutes for energy conservation amid the lack of Russian gas. The German government even planned to dim their lights for the same purpose.

According to data made public by the Robert Koch Institute, a government organisation for disease control and prevention, almost 10 million Germans are currently suffering from the flu and other respiratory diseases.

Germany’s economy minister, Robert Habeck in June declared that the nation will cut its energy use by 20% to go through the winter. This exceeded the target set by the European Commission by 5%. Germany has failed to adhere to a cut of 20% and it may face severe winter shortages.

According to Der Spiegel, the measures to sail through winter are such that the German parliament’s MPs are having trouble staying warm at work as the winter sets in. As the Bundestag reduces its energy use in the midst of the crisis, several lawmakers have expressed concern that these circumstances pose health hazards, the source said on Friday.

This is due to the energy-saving legislation proposed by Robert Habeck, vice chancellor and minister for economic affairs and climate action, and adopted by the parliament back in August, which states that temperatures in non-residential government buildings, including the Bundestag, should be kept at 19 degrees C, with hallways not being heated at all. According to Der Spiegel, “it has become cold in the Bundestag, unpleasantly cold.”

The outlet quoted Green Party lawmaker Renate Kuenast as complaining: “I sat in a down jacket in the office and have been constantly running around. Nevertheless, after a short while, I already had a cold nose.”

Clearly, the stringent measures are harshly impacting everyone from ordinary citizens to lawmakers. And this is when winters have just begun and Germany has driven itself straight into a health risk.