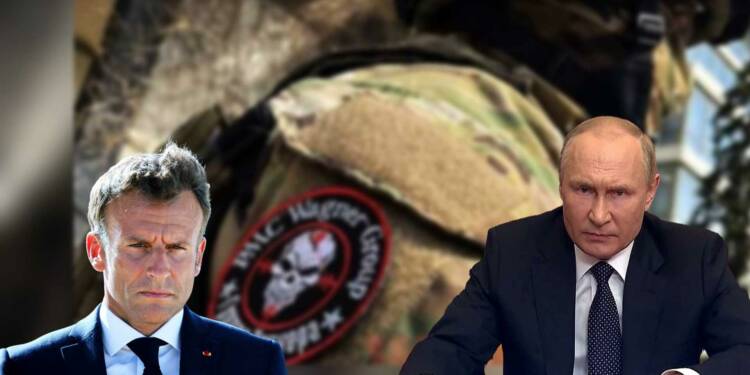 France-Russia rivalry is gradually taking an ugly turn in Africa. Russia’s growing influence in Africa has become a nightmare for the West. The desperation of the West has reached a new level and it has become clueless as to how to react to its diminishing status in the region. Recently, France has been accused of attempting to assassinate the head of a Russian representative office in the Central African Republic, who was seriously injured on Friday after opening a mail bomb.

As per a report, when Dmitry Syty, the head of the Russian House cultural center in Bangui, Central African Republic, “received an anonymous parcel and opened it, an explosion occurred,”

Later, in a serious turn of events Yevgeny Prigozhin, founder of the once-secretive Russian private military contractor Wagner Group, has blamed France for the attack.

Hours after the news of the letter bomb broke Prigozhin took to Telegram to blame France for the assassination attempt. Further he also alleged that Syty had also received a threat against his son, who lives in France, promising to deliver his decapitated head to him. “Before losing consciousness, Dmitry Syty managed to say: ‘I saw a note: This is for you from all the French, the Russians will get out of Africa’, he added.

As per Reuters, he also said he had asked Russian Foreign Ministry to open the procedure for declaring France a state sponsor of terrorism.

Yevgeny Prigozhin is the founder of the Wagner group. Although its not clear as of now, that Wagner has direct links to Russian President Putin, however, Prigozhin has access to the inner circle of Putin. He is also known by the name of “Putin’s Chef”. The Wagner Group was founded during the Russia-Ukraine conflict dating back to 2014 when Russia took control of Crimea and many researchers around the world recognise the Wagner Group as a private militia of Putin himself.

Read More: Russia backed Wagner Group came to an EU dominated Africa and turned it into a Russian stronghold

From Crimean Annexation to Russia-Ukraine war to now Russia’s growing influence in Africa, Wagner group has played a key role in securing Russia’s geopolitical goals. It is one of the most important reasons behind Russia’s rise in Africa. Thus, Prigozhin directly holding France responsible for the recent assassination attempt will have serious repercussions. It has been proved in the past that Prigozhin has been ruthless in attaining his objectives. Now, if France’s role behind the letter bomb incident is proved, it is going to face the wrath of Russia.

Already, because of Russia’s role in Africa, France has been forced to end its years long military interventions. If Russia chooses to retaliate to France’s misadventures this time, it will cost France dearly.

Even before this, recently an unidentified aircraft had bombed Central African Republic troops and Wagner troops deployed in a base. However, in this case it was not clear whether the attack was carried out by Western powers directly. After this ghastly attack, the Central African government had warned of retaliation.

Russia’s growing influence in Africa has come at the cost of the West’s diminishing status. Apart from the US, it is France that beared the brunt of this and has already been driven out of the Sahel region. Since 2016, the Russian mercenary footprint has grown from four nations to a total of 28, according to the Center for Strategic and International Studies in Washington and eighteen of them are in Africa. France has already been uprooted from countries like Mali, Burkina Faso, Central African Republic.  This has challenged France’s status of being a major global power. Therefore it is possible that now it is resorting to such assassination attempts to counter Russia. However, if we look at how earlier misadventures of the West against Russia have backfired, France is all set to witness a huge blow in Africa. Now, the situation will only worsen and if Russia unleashes its wrath on France, its last remaining influence in Africa will get obliterated.