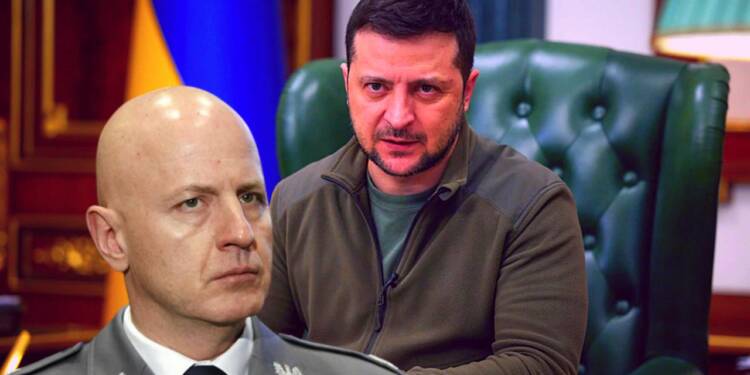 Ukraine wants the world to treat it as a lame duck which is ready to be butchered at the hands of Russia. Either be a bosom friend to Ukraine and finance anti-Russia propaganda or you’ll find yourself sitting at the receiving end of fatal gifts from the country.

The country that has been playing a victim card throughout the war is making other countries a victim of its deadly attacks now. Gifting an explosive grenade launcher to one or bombing a bridge into another, is what the war-torn country has been doing to countries who went against Kyiv.

While people were still getting over the horrendous episode of the Kerch bridge, Ukraine has given another hollow threat. This time to Poland.

If the currently surfacing reports are to be believed, Ukraine has gifted an explosive grenade launcher to Poland. The grenade is reported to have exploded at a Polish police headquarters, leaving a top commander injured. The grenade launcher that allegedly exploded has not been subjected to any border or customs checks as it arrived in the country from Ukraine, Poland’s Zet radio has reported.

According to sources, the weapon was carried to Poland by train, which passes between Ukraine and the Polish border town of Przemysl.

“There are still many question marks in this case,” Zet radio has claimed. On Wednesday, there were reports of a bomb at the Polish police headquarters in Warsaw, and the Interior Ministry quickly confirmed that the commander-in-chief, General Jaroslaw Szymczyk, had been hurt by a “present” he got from Kyiv officials during his previous trip to Ukraine.

The commander and a civilian employee caught in the incident escaped with minor injuries, although the building’s ceiling was damaged by shrapnel.

According to Polish Interior Minister Mariusz Kaminski, Szymczyk, who is considered a victim in the case, had no knowledge of what was presented to him in Ukraine. Poland has demanded an explanation from Ukraine over the episode.

Since the beginning of the Russian military action in Ukraine in late February, Warsaw has been one of Kyiv’s key supporters. Poland is said to have contributed half of its tanks and other equipment to Vladimir Zelensky’s regime, and Moscow claims that Polish mercenaries are taking part in the fighting. But, here comes a catch. Recently, it was reported that Polish President Andrez Duda announced a jail term for the Poles who were serving in the Ukraine war.

The country even revoked the European sanctions against Russia lately and announced strict actions against Poles fighting the war in Ukraine.

According to a Polish news outlet Rzeczpospolita, citing Poland’s penal code, Polish nationals currently serving in Ukraine’s International Legion of the Armed Forces and other divisions could face up to five years in prison when they return home. This shows a shift in Poland’s stance which might have irked the nerves of Kyiv leading it to wage a deadly attack in Warsaw. The country which has been taking the seat of the most vulnerable seems to threaten other countries if they go against Ukraine.

Even a month back, a fire broke out on the Crimean bridge as a result of an explosion which is believed to be ordered by the Ukrainian authorities. The Crimea Bridge links mainland Russia to the Crimean Peninsula of Ukraine, which Moscow annexed in 2014. It served as a crucial supply route for the Russian forces that were invading and occupying southern Ukraine. On October 8, a large explosion caused damage to the bridge, destroying a span and burning a gasoline train that was passing by. The train bridge was subsequently destroyed by the ensuing fire.

Although, Zelensky tried to spin the narrative and blame Putin for the bombing but we know what led Volodymyr Zelensky to perpetuate the attack. Ukraine at that time was drunk on the euphoria of victory resorting to attacking the Crimean bridge after gaining a few square kilometres in its counter-offensive, while now in the case of Poland it carried out the attack in a retaliatory move.

Clearly, Ukraine is playing a victim card ever since Russia invaded its territory but in actuality, it has been waging war crimes against other countries.

Haiti started winning the day it started alienating from the west, now the result is out!