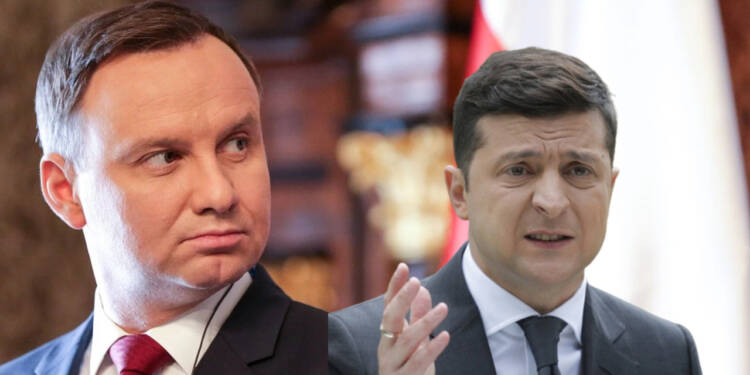 In the wake of the Russian military aggression against Ukraine, the European nations have gone all out against Russia. One such country was Poland. But, the same Poland which adhered to the most anti-Russian stance in the European Union started showing signs of a shift in its stance lately. The country recently revoked the European sanctions against Russia and now it has even announced strict actions against Poles fighting the war in Ukraine.

The ongoing war between Russia and Ukraine is not just being fought between the Russians and the Ukrainians alone, rather the two sides have been joined by fighters from all across the globe. Poles were among the mercenaries who joined the Ukrainians in their fight but unfortunately they will now be serving their next 5 years behind the bars once they return back to the country.

According to a Polish news outlet Rzeczpospolita, citing Poland’s penal code, Polish nationals currently serving in Ukraine’s International Legion of the Armed Forces and other divisions could face up to five years in prison when they return home.

Only 34 persons had applied for permission to join a foreign army by the end of October, the source claims. Of those, the Defense Ministry granted two applications, while the Interior Ministry approved 14 of them. Miroslaw Czech, a journalist, former MP and Ukrainian activist, told the outlet that if not hundreds, then dozens of Poles are fighting in Ukraine. Technically, they are breaking the law and could theoretically face conviction, the news outlet Rzeczpospolita wrote on Thursday.

According to the Polish media site Niezalezny Dziennik Polityczny, as of late November, up to 1,200 Poles have either been killed or injured while fighting in Ukraine. The Russian Defense Ministry revealed the destruction of many high-value targets by Moscow’s forces on Thursday. Ninety Poles, whom Moscow referred to as “mercenaries,” were also killed in the precision strikes.

However, Wojciech Skurkiewicz, deputy director of Poland’s Ministry of National Defense, has emphasised that the administration does not regard individuals engaged in fighting in Ukraine as breaking the law. According to him, the fact that those warriors are not endangering Polish interests or obstructing the objectives of the nation’s armed forces warrants the “exclusion of criminal accountability.”

However, some Polish parliamentarians have argued that the Defense Ministry’s assurance that fighters won’t face inquiries, interrogations, or persecution is insufficient. According to the publication, independent senator Krzysztof Kwiatkowski proposed that a broad amnesty would be the best safeguard for them. So, the Polish nationals who are serving in the Ukraine war are reportedly under the radar of the Polish government and hence will be subjected to a prison term of not less than 5 years.

Moreover, the Polish constitution has done nothing in the direction of amending the constitution in order to safeguard the Poles who served in the Ukraine war which in turn proves our claim. Poland was among the first nations to ask for more sanctions on Russia. But lately, Poland has opted for the easy way out and is critical of prolonging the war. Poland among other nations has been troubled by the war in Ukraine and has long back realised that the European sanctions are pushing the continent into a state of crisis, hence it has started siding with Russia in order to serve the country’s national interests first. But, the Polish nationals who went to Ukraine to fight the war against Russia served Poland’s purpose which is why they will now be thrown behind the bars once they return back home.