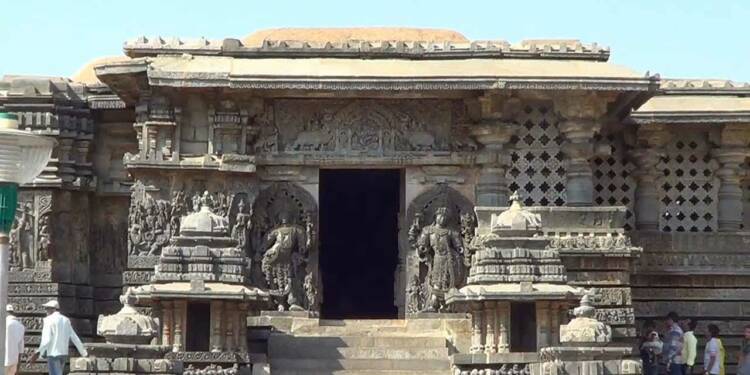 Hoysaleswara Temple is situated at Halebid in Hassan district of Karnataka. The ancient name of Halebid was Dwarasamudra which was used to be the capital of the Hoysala Empire during the time of King Vishnuvardhana. Many centuries ago, this temple is famous for its greatest architectural style. It is believed that machines were used to make it, because the kind of carvings and artwork done in the temple is not possible by human hands.

The Hoysala kings built about 1,500 temples during their reign, most of which were dedicated to Lord Shiva. Hoysaleswara Temple is also one of them which was built in 1121 AD. 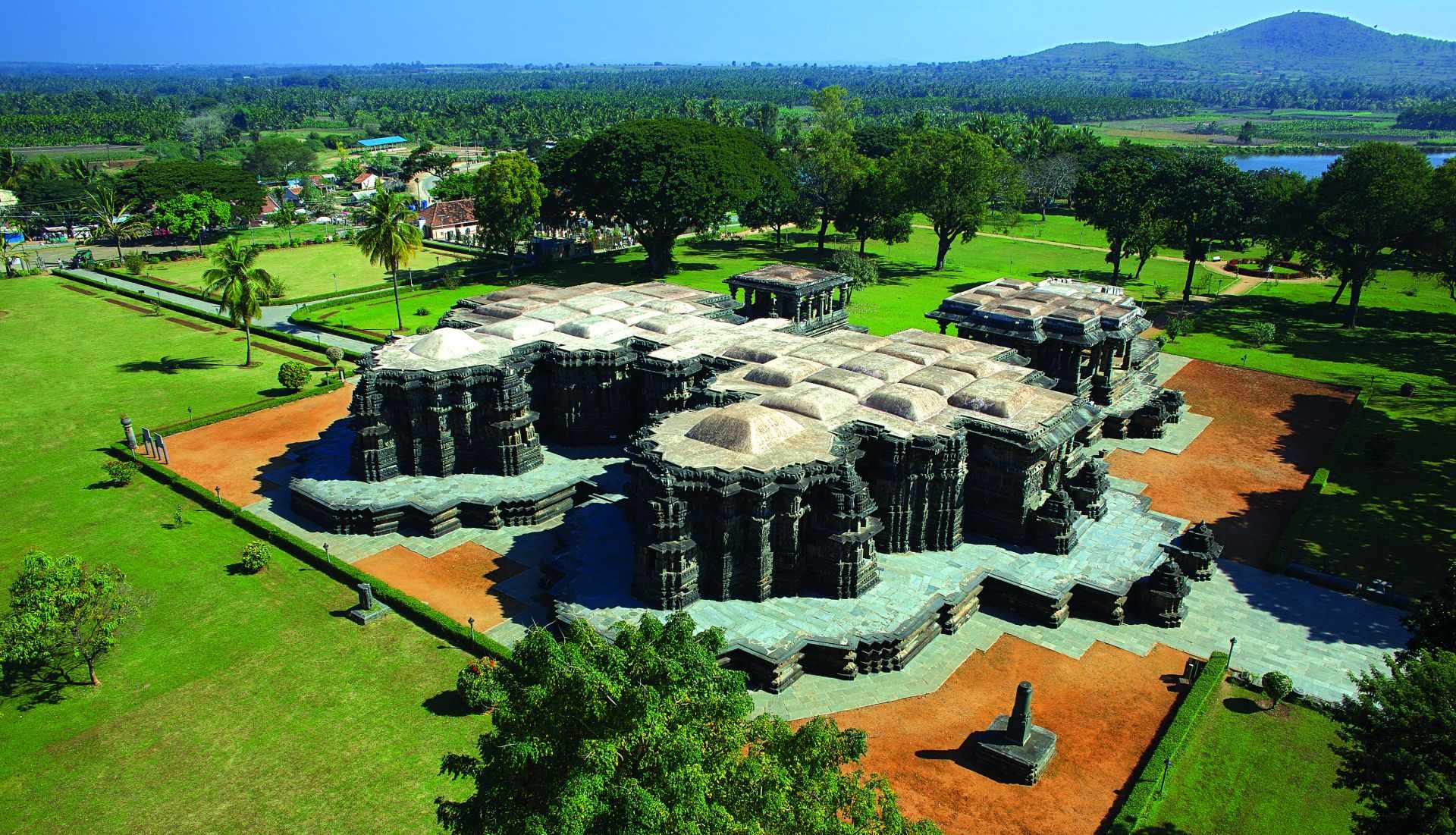 Architecture of this Hoysaleswara Temple

The architecture of the Hoysaleswara temple is believed to be inspired by the ‘Besar style’. This temple is different from both the Dravidian style and the Nagara style of temple construction, and this style was often used by the Hoysala kings.

Stone pillars are located inside the temple and circular designs have been made on these pillars. Apart from this, an idol of Lord Shiva is situated in the temple. Human skulls are made on the crown of this idol of Shiva. These small skulls have been hollowed out in such a way that the light passing through it passes through the holes in the eyes and goes into the mouth and returns out of the ears.

Shravanabelgola is located about 150 km northwest of Bangalore. The city has been a major centre since ancient times. This city was a centre of Jain art, architecture, religion and culture for more than two centuries. The great emperor Chandragupta Maurya ruled here.

Manjirabad Fort is one of the main tourist attractions near this temple. It is situated about five km from Sakleshpur towards south-west. This fort is built on top of a hill. Its height is about 988 meters. The fort was built by Tipu Sultan in the year 1792. 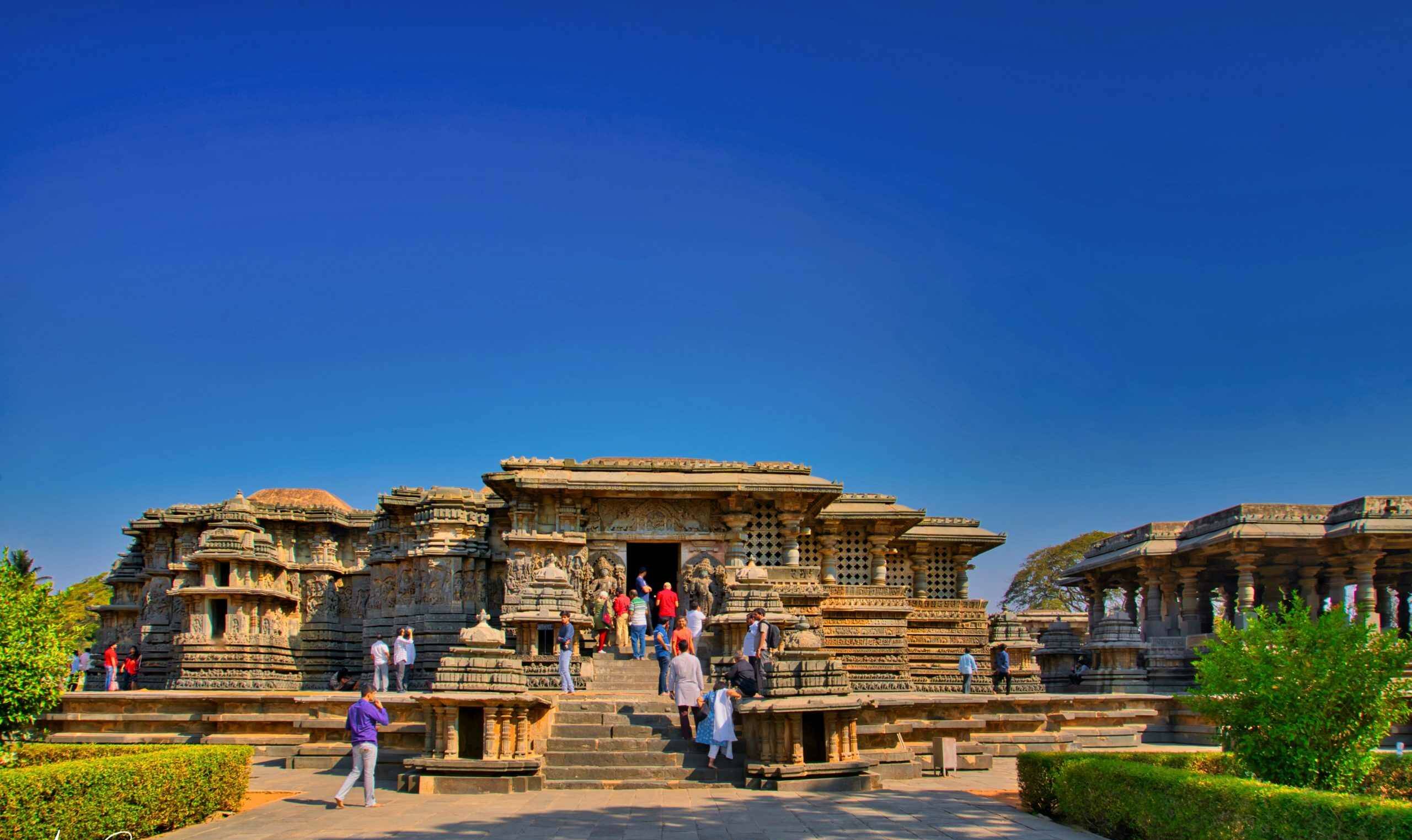 This dam has been constructed on the Hemavati River of Kaveri. This dam is located at Gorur near Hassan in Karnataka. It was built in 1979. The reservoir provides water for drinking and irrigation for the people of Hassan district. The Hemavati Dam is huge and covers an area of ​​2,810 sq. km. The dam is 4,692 meters long and 58.5 meters high. The total storage capacity of this dam is 1,050.63 MCM.

The city is famous across the country for its Chennakeshava temple. Which is one of the fine and fine examples of Hoysala workmanship. The temple was built by the famous Hoysala king Vishnuvardhana to commemorate his victory against the Cholas at Yadagiri in 1116 AD and was called Vijaya Narayana.

By Air- The nearest airport to this temple is located in Mysore. The distance from Hoysaleswara Temple to Mysore airport is about 150 km. Also Bangalore International Airport is 229 km away from here.

By Road- The Hoysaleswara temple can also be reached by road. This place is situated on National Highway 75, which is connected other parts of the country. It is very easy to reach Hassan by state transport buses of Karnataka.