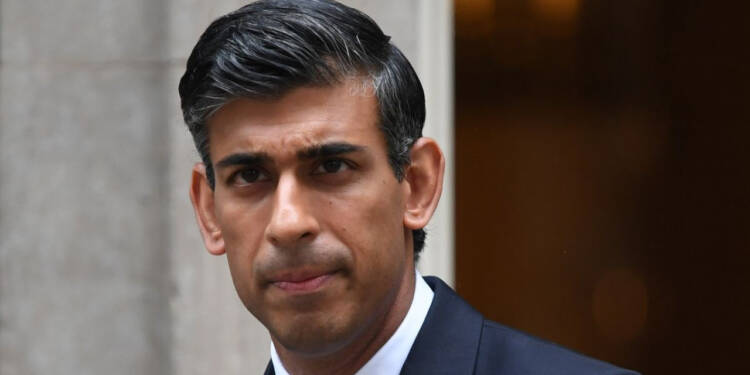 UK Military Aid to Ukraine: The UK, the biggest supporter of Ukraine after the US is reconsidering its support for Ukraine. The same country which has given unwavering support to Ukraine till today is backing off from Ukraine. And, this step is being taken by Rishi Sunak. Let’s find out the crux of the move.

According to BBC Newsnight, Prime Minister Rishi Sunak has requested a data-driven assessment of the war’s development in Ukraine.

Senior officials worry that the PM is being unduly cautious as the war enters a crucial phase. Some parts of Whitehall are concerned about the proposal because military leaders believe that Ukraine’s access to weapons could be crucial throughout the coming winter.

The Whitehall source said, “Wars aren’t won [by dashboards]. Wars are won on instinct. At the start of this it was Boris (Johnson) sitting down and saying: ‘Let’s just go for this.’ So Rishi needs to channel his inner Boris on foreign policy though not of course on anything else.” According to the source, the audit, also known as a data-driven evaluation, is intended to evaluate the state of the conflict and the significance of the UK’s military support for Ukraine. The source said: “This is about looking at what we have put in, what we have got out.”

Read More: Sunak is doing what his white predecessor should have- drive illegal Muslim migrants out

Within the UK, the debate concerning the huge military aid to Ukraine is on a rise. In 2023, the UK, which is the second-largest donor, promised to match the £2.3 billion in military aid already provided to Ukraine this year. A training programme being held in the UK with help from a number of partners aims to train 10,000 new and existing Ukrainian personnel every 120 days.

Critics say that it makes little sense why is UK sending its military weapons to Ukraine when the war directly doesn’t concern it. According to information provided to BBC Newsnight, Volodymyr Zelensky, the president of Ukraine, is aware of the debate taking place in the UK and is urging Mr. Sunak to continue providing his nation with a robust military presence.

The recommended assessment of the war is being offered at a pivotal time in the conflict. Whitehall insiders are of the opinion that Ukraine and Russia are at a standstill in their conflict. And, if Ukraine isn’t helped with weapons now, it’ll lose the war and the conflict would end. And, that is what UK’s new Prime Minister is eying. No one in Europe thought that the Ukraine war would extend to ten months. If Ukraine is helped with more weapons, the war would prolong even more.

The UK has faced the ramifications of the sanctions on Russia too. The inflation in the country is sky-high. The country has seen several protests on high electricity prices. Further, the country doesn’t have enough gas storage capacities and things are bound to get bad in winters. As per reports, UK is already on verge of facing numerous blackouts.

Also, UK interest rates have been raised to the highest level in 14 years. The economic ramifications brought by the Ukraine war have been huge for the country. Further, the inflation and high cost of living have added to people’s concerns and have led to political instability in the country.

Further, the weapons being sent to Ukraine have often emerged on the dark web. Ukraine is known for its huge corruption and a CBS documentary showed how only a fraction of military aid reaches the frontlines.

Clearly, Prime minister of UK Rishi Sunak understands that the Ukraine war isn’t helping the country and it’s time to put an end to the financial and military aid to the war-torn European country. And what’s better than to do a data-driven assessment to make the facts public?

For the first time ever, ‘reverse brain drain’ starts in Canada