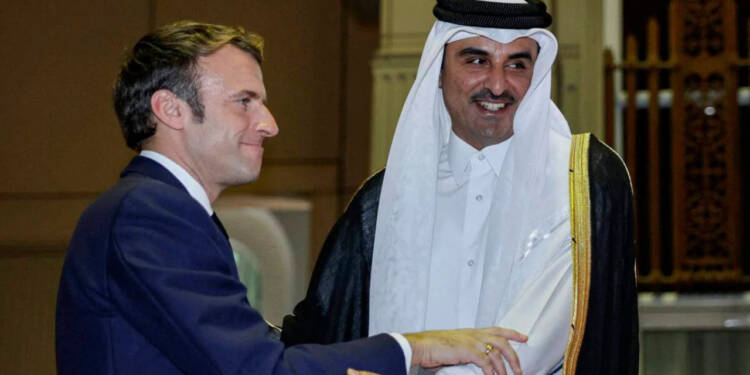 Qatar FIFA world cup: The controversial scandal that has rocked the European parliament over the past few days is slowly opening a Pandora’s box on the European countries. First, the corruption scandal made its way into the European Parliament and now it’s France that has also come under the radar.

For those unaware of the issue, the scandal dates back to when Qatar was granted the hosting rights of the 2022 FIFA World Cup tournament. The decision to grant the country hosting rights was made in 2010 and has since been the subject of much criticism due to the country’s human rights record and its alleged use of bribery and corruption to secure the hosting rights. Qatar, a small country faced stiff competition from big guns like the US, Japan, South Korea and Australia. However, in December 2010, Qatar was awarded the rights to the 2022 FIFA World Cup, much to the dismay of the other bidders. But, how did Qatar succeed in securing the bid? By bribing the European countries.

A few days back one of the vice presidents of the European parliament and Greek politician Eva Kaili was detained as a result of a police investigation into suspected bribery given to EU politicians by FIFA World Cup host, Qatar.

Now, let’s add some more flavour to it. Here are some more revelations about the Qatar scandal that indicate having French links too.

While the French President Emanuel Macron was heading to Qatar for the historic world cup match between France and Morocco, he faced several calls from the opposition lawmakers to cancel his trip but did he actually do? He simply ignored the calls and swooped into his go-to-destination, Qatar.

It’s no wonder that the Qatar corruption scandal at the heart of the EU has entered the political discussion in France, given Paris’s decades-long relationship with Doha in areas such as security, energy, and culture. The Gulf state has also made significant investments in France, including ownership of one of the country’s most prestigious football clubs, Paris Saint-Germain.

Qatar is believed to have long-standing special ties with France’s political elites, including former French Prime Minister Nicolas Sarkozy. Now, all this already insinuates that France is far from immune from the Gulf-state’s influence and to add more facts to the claim the French government has been caught on its national rules of lobbying.

The French administration was confronted in the National Assembly on Tuesday by the opposition over national lobbying regulations. According to a Socialist lawmaker, the framework is not suitable for the purpose of preventing comparable corruption from foreign countries in France.

“The facts you mention are serious, it is up to the European institutions to shed light on them and draw consequences,” replied junior minister Olivia Grégoire, adding that the executive branch is open to taking another look at the rules to make them stronger.

Nonetheless, according to data examined by POLITICO’s Paris Influence, Qatar has emerged as a go-to location for members in Parliament of France.

Qatar has been the fourth most visited country by French MPs and senators since 2019, trailing only high-profile targets of French diplomacy such as Israel, the United States, and China. In total, 12 MPs have spent a total of 38 days in the country.

And what completely establishes our claim is that these trips to Qatar were directly funded by the Gulf state, as evidenced in official records.

Read More: The English Monarch is on Qatari Payroll

The incident has exposed how European Union’s top officials have attributed to the growth and validation of the Qatar FIFA World Cup. At least 6,500 migrant workers have died in the country, and many of them were working on World Cup-related projects. Human rights in Qatar were criticised for how they treated migrant labour, women, and LGBTQ+ people, which sparked claims of sports washing. Despite all this, Europe has aided Qatar where its own officials have helped with ‘sports washing.’

It is shameful on the EU’s part to pose as a ‘saviour of the human rights’ on the global stage and sneakily get involved in shady activities of funding and validating those actions of Qatar.