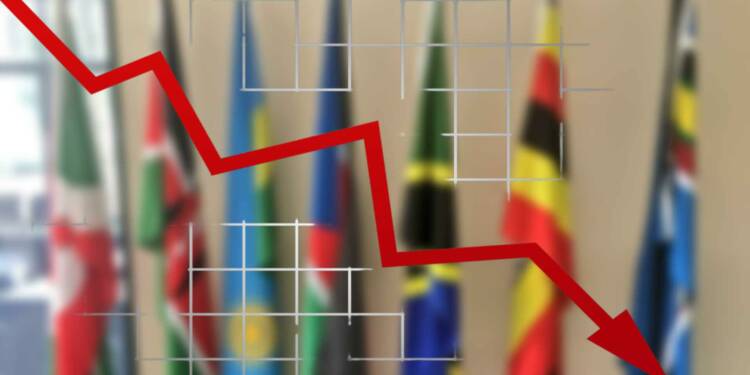 Today, this group is frequently referred to as the East African Community (EAC). The goal at that time for the member states was to work together more closely in all areas—including political, economic, and social—for their mutual benefit.

However, nearly 21 years have passed, and the closed continent is still impeding its chances for economic growth. Now, considering that two of its members have sea access, one might wonder how the EAC is still closed. Well, the inner rifts and border closures are still hindering the expansion of the EAC in Africa.

As the member states struggle to pay their statutory subscription fees, funding gaps are becoming a bigger obstacle to the implementation of East African Community programs. According to an Audit Commission report aggregated by the East African Legislative Assembly (EALA) for the year ended June 30, 2021, the region continues to face a number of problems that are attributed to inadequate funding as a result of partner states’ delayed or non-remittance of funds.

Suzan Nakawuki, an EALA member from Uganda, claims that the issue has persisted for the past ten years and attributes this to member states’ general lack of political will and financial resources to fund their integration objectives.

For the unaware, the EAC budget is primarily funded through member states’ contributions and development partners’ support. According to the audit report, the activities of the community during the 2020/21 financial year were funded by a budgetary appropriation of $99.74 million, compared with $119.14 million in 2019/2020 — a decline of $19.4 million.

The audit indicates that only 37.8 percent of the total amount expected from development partners was received and spent by the East African Community Secretariat.

Read More: Why can’t an African move freely in Africa?

So, this is the first aspect that shows that member states don’t want to contribute to a collective development via East African Community. But that’s only one factor; there are other serious problems too that are impeding the member states’ ability to grow economically. Two of these factors are trade barriers and travel restrictions.

Make no mistake, the immigration restrictions between citizens of East African Community member states are also derailing the efforts by the bloc to align with the continental free trade policies. New data prepared by the African Development Bank in collaboration with the African Union Commission shows that while the East African Community members call for integration and regional trade, members of the bloc have retained certain barriers to the movement of people within partner states.

According to the African Development Bank’s Africa Visa Openness Report 2018, African citizens need a visa to travel to 51% of other African countries, 24% demand a visa on arrival and only 25% operate visa-free travel for fellow Africans.

Also, applying for a visa is costly and time-consuming for anyone wishing to trade with or study in another African country. This is a major impediment to African integration and Africa might also lose its talent pool to other countries.

The Africans are already leaving en masse which is turning out to be a major challenge in the continent and such visa restrictions could only exacerbate the issue further.

Read More: Biden and Jinping blame each other for looting Africa

Sadly, East Africa is among the poorest regions of the world. According to GDP per capita, Burundi is the world’s poorest nation. While in East African nations, where 44.2% of the population lived on less than $1.90 per day in March 2021, extreme poverty is a common situation.

East African governments had one job to prosper via East African Community partnership. However, lack of confidence and internal conflicts have forced even EAC to look for foreign funding. As a result, Africans are restricted from moving in their own continent and governments are unable to put efforts for inclusive growth. A closed Africa is indeed the biggest impediment in its economic growth.