As Antigua and Barbuda carved its path to success, we hope the nation becomes a prominent player in maritime trade and at the same time become a major security alliance partner for the neighbouring nations 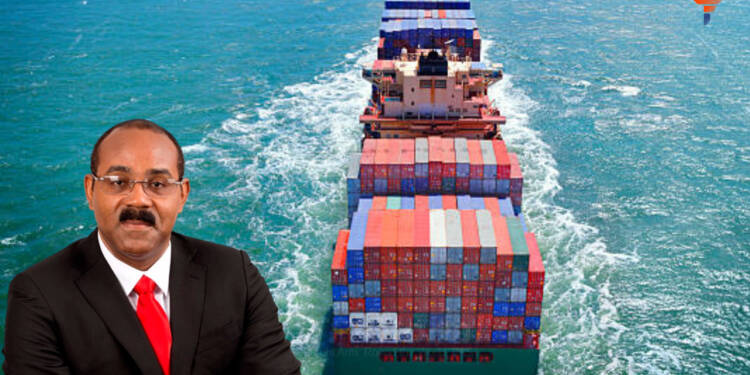 According to Caribbean news now, Antigua’s redeveloped Deep Water Harbour port St. Joseph has opened for ships. According to official statements, the redeveloped harbor port will help Antigua and Barbuda achieve its goal of becoming an Eastern Caribbean transshipment hub.

During Thursday’s official opening ceremony, Prime Minister Gaston Browne announced that the facility is the sole container terminal port in the Organisation of Eastern Caribbean States (OECS), allowing it to provide services to neighboring nations.

The project was developed in collaboration with China Civil Engineering Construction Corporation, which redeveloped the port for $90 million. The work began in 2018 but was hampered by delays caused by the Covid outbreak.

The Port Authority’s CEO, Darwin Telemaque, described the port’s completion as a “momentous journey,” adding that the facility now has “all the ingredients for a bright future.”

With the holiday season in full swing, port officials have put in place a number of measures to accommodate the typical increase in traffic, which they anticipate will be significant.

With this, Antigua and Barbuda now has the largest passenger and cargo terminal in the eastern Caribbean. The harbor, which has a total area of about 12,000 square meters, can accommodate two 10,000-ton ships at the same time and will have an annual capacity of 550,000 tonnes as the region’s largest shipping Transshipment hub, providing a new source of growth for the country’s economy.

The project formally began on January 15, 2018. For the unaware, this port is also one of its kind in the Caribbean as it is a ‘deep water harbor port’. As its name suggests, a deep water port is quite distinct from regular ports in terms of water depth.

A normal port is typically an area or platform entered from the sea by vessels, boats, or ships, which also allows for protected staging and anchoring or docking for these ships to load and unload cargo before continuing up toward their destination. But, deep water ports are usually made up for the usage of very large and heavily loaded ships. The depth of water helps get them access to the deepwater ports.

Read More: The USA was scared of losing its “Gambling monopoly” to Antigua and Barbuda, so now it punishing the nation

A hold on supply chains?

Now the question that arises here is why Antigua and Barbuda wanted to have a deep water port, the answer could be found in statements of Barbudan officials.

Port Manager Darwin Telemaque in his statement stresses, “The greatest benefit though is the impact of the port on the supply chain. The port is a critical part of the supply chain both regional and international. It is the facilitate movement and we impact on delivery, on cost…so from a supply chain perspective, the port has advanced itself.”

Furthermore, Antigua and Barbuda will have the opportunity to play an important role in strengthening defence relations with other countries. The port could be useful for docking defence ships, maintenance, refuelling, and even repairing. The country will find a much better ground to improve its defence relations, which are currently not very strong.

As Antigua and Barbuda carved its path to success, we hope the nation becomes a prominent player in maritime trade and at the same time become a major security alliance partner for the neighbouring nations.

Kanipakam Temple, Chittoor: History, travel guide and how to reach