Qatar was not Germany's first choice for LNG; German chancellor Olaf Scholz believed that Canada could fill the gap left by the LNG shortage 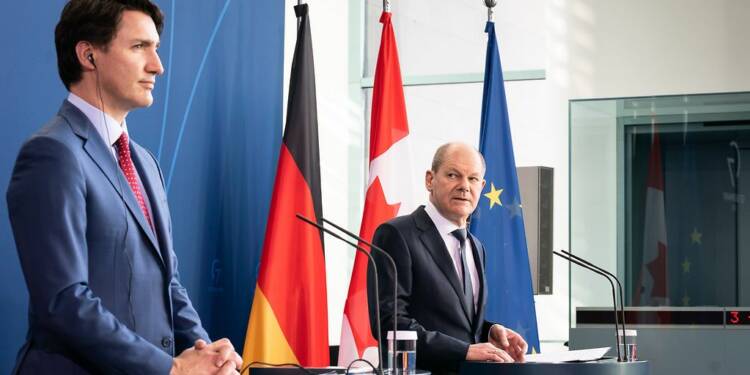 Green agenda of Trudeau: According to a media report by the National Post, renowned commentator and author Rex Murphy has made the striking claims that Canadian PM Justin Trudeau and his government have purposely dropped the chance to become a key ally of the European Union via LNG imports.

Qatar was not Germany’s first choice for LNG; German chancellor Olaf Scholz believed that Canada could fill the gap left by the LNG shortage.

You might be surprised to learn that German Chancellor Olaf Scholz made a special trip to Canada in the hopes that “a democratic G7 ally will one day ship his country liquefied natural gas to replace Russian gas imports,” as Reuters reported.

But, the officials of Ottawa shattered all their hopes in a bid for the usual culprit, ‘Green Agenda’.

This is no hidden fact that Canada has great potential for natural gas. Canada is and has been isolated for some years due to lack of pipelines to transport it from Alberta to both East and West coast ports.

Sadly, the federal government’s lust for ‘green agenda’ has successfully stifled oil and gas production and shut Canada out of any plans to assist European countries.

This might be the reason why, Justin Trudeau observed at a press conference with the German Chancellor, “there has never been a strong business case” stressing that Canada lacks the adequate political will and infrastructure.

Instead, the dull witted leader signed an agreement to enhance German Energy Security with Clean Canadian Hydrogen. According to the Liberal party, good environmental policy equals good economic policy. And so, this has not been the first time that Canada has lost a ‘godsent’ opportunity.

Over the last seven years, Canadian PM Justin Trudeau has systematically destroyed all prospects for prosperity in Canada’s energy sector.

Trudeau made the cancellation of two significant pipeline announcements immediately after coming into power in Ottawa. Later, he implemented a new environmental evaluation procedure that rendered building pipelines in the future virtually impossible.

Later on, came his carbon tax and his government’s opposition to the Frontier oil sands project. Overall, Canada demonstrated to the world under Trudeau that it is no longer interested in earning money off of fossil fuels.

In the past decade, investment in Canada’s oil and gas sector has grown by one percent, while in the US it has grown by over 50 percent.

Read More: Justin Trudeau is punishing the Conservative Alberta, his ‘Green’ policies have led to a brain drain

As a result, Canada has suffered enormous financial losses. According to estimations, Canada might have profited more than $200 billion by making adequate investments in the energy sector. Trudeau, though, is adamant that Canada continues to miss out on such opportunities because of his zeal for “green energy.”

Olaf Scholz thought Trudeau might help him because he believed that Russia had completely squeezed off Europe. Instead, Trudeau gave the opportunity to countries like Qatar and the USA, which are currently swimming in a pool of money. What could possibly be more disrespectful to Canadians than that?

Indigenous Canadians see the true face of the ‘Liberal Government’