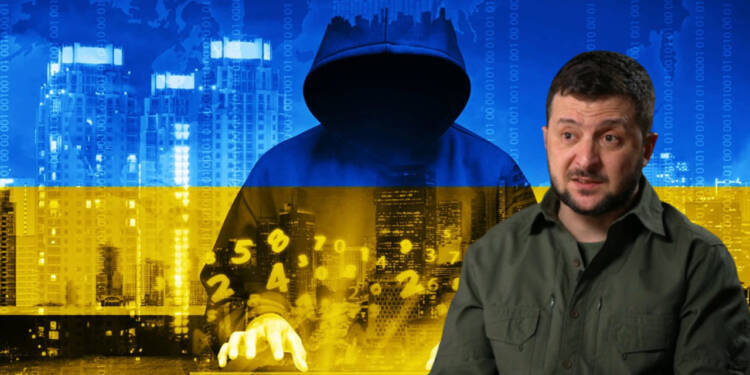 Cybercrime in Ukraine: Wars in 2022 cannot be waged the same way they used to be hundred years ago. Well, today’s war tactics are not even close to how they were ten years ago. Aggressions now aren’t limited to the battlefield but extend to the contemporary digital spaces on which the nation’s communication heavily relies.

The support of NATO to Ukraine in digital spaces to Ukraine is effectively making Ukraine the new Cybercrime capital of the world. But, it’s not Ukraine which has been fighting the war against Russia on the battlefield. Ukraine is being used as a proxy by the United States to fulfil its cold war era objectives not only on the battlefield but in digital space. It looks clear that NATO and United States have aimed to impair Russia’s communication channels. According to Russian Deputy Foreign Minister Oleg Syromolotov, NATO’s exploitation of Ukraine is acting as a vehicle for the unauthorised transfer of cyberweapons to Ukraine which undoubtedly becomes a global threat.

Syromolotov said in a statement to RIA Novosti, “the threats posed by Ukraine in the information space are of a universal nature.”

The US-led military group, he continued, “is essentially distributing digital weapons in an uncontrolled fashion” via Ukraine. You’d say, that it’s another Russian propaganda. But the things are not as straightforward as they seem.

Early in August, the United States and its allies had acknowledged forming a volunteer “IT-army of Ukraine” to strike Russian infrastructure.

Gen. Paul Nakasone said, “We provided remote analytic support to Ukraine and conducted network defence activities aligned to critical networks from outside Ukraine.” Further, the Ukrainian IT Army is a threat actor made up of volunteer hackers from around the world and Ukraine who cooperate with representatives from the Ukrainian defence ministry to attack Russian infrastructure and websites. A Telegram channel where fresh Russian targets are announced for volunteers to assault serves as the organisational hub for the IT Army.

In September, according to the Washington Post, the US built a network of fake social media profiles, to engage in information and psychological warfare while promoting pro-Western narratives. Over the course of the last five years, it is said to have used hundreds of accounts to spread “anti-Russia narratives.”

The deputy foreign minister cautioned that these actions could have “unpredictable consequences for all members of the international community.” “Today, Russia is the target, and tomorrow it could be any other country that Washington dislikes.”

Well, Syromolotov isn’t wrong. The weapons provided by the US to Ukraine can be used by Kyiv to attack any other country. However, Syromolotov noted that after Russia started its military operation in Ukraine in late February, it faced “unprecedented external aggression in the information space,” with the number of cyberattacks against Russia rising by as much as 80%. He did not go into further detail regarding the specific weapons he was referring to. Although, he had already asserted that the EU and North America are the primary sources of these attacks.

Yes, an 80% increase in cyber attacks from Ukraine. The US will not be monitoring Ukraine’s use of the cyberweapons it is receiving from NATO and the US. It effectively makes Ukraine the new cybercrime capital of the world and that too state-sponsored. So, if your country has remained neutral in the course of the Ukraine war, don’t be surprised if Ukraine targets you next.