In 2022, Canadians worked tirelessly to make ends meet. While Trudeau was enjoying skiving! 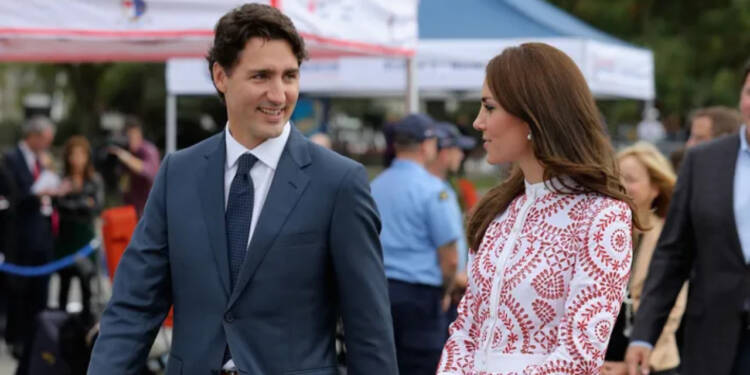 The Canadian economy is in shambles as a result of Justin Trudeau’s terrible policies. Trudeau has periodically restated his priority of “growing the economy,” but his policies have resulted in slower development than he had hoped. The average Canadian’s life is today defined by historically high unemployment rates, massive government debt, inflation, and rising interest rates.

The country is currently coping with a lot of difficulties, including housing, food, and health. While Canadians suffer an arduous trip working hard to make ends meet, it turns out their PM was scrimshanking the entire time.

There is only one man, whom you can blame for Canadian poor economy- Prime Minister Justin Trudeau. Just in a matter of just 7 years, Trudeau has done some unprecedented damage to the Canadian economy.

Read More: The Canadian Automobile industry is being poisoned to slow death!

Due to Trudeau’s ignorance, inflation reached 8.1%, the highest since January 1983, the cost-of-living problem spiralled out of control, and household finances were severely damaged.

The country is currently dealing with a slew of difficulties, including those concerning housing, food, and health. The unlucky Canadians have suffered greatly as a result of their Prime Minister’s deception. They are working feverishly to keep themselves afloat in the face of Trudeau’s record-breaking inflation. According to a new ADP Canada survey, nearly a third (32%) of Canadian employees report feeling fatigued or overworked on the job, raising worries about a link between limits and burnout.

While Canadians are resorting to food banks and requesting government euthanasia, “their PM is busy vacationing.”

According to a recent report, Trudeau worked less than two hours every day for nearly half of the year and took 84 days off.

*50 days with only one brief working item*

This number is actually 55, but five of the days were full travel days / in-person cabinet retreat / all-day Emergencies Act testimony.

On weekends, he spent his 84 personal days travelling or relaxing at home, with Sundays being his favourite day off.

In April, Trudeau enjoyed a five-day vacation to Whistler, British Columbia. He spent 14 days in Costa Rica in August. (However, the next three days were labelled as entirely “private meetings,” which some speculate is code for “nothing.”)

Several days in 2022, Trudeau had only two scheduled items that would take up only half a day.

It’s awful to witness someone like Trudeau who boasts about “deepening his determination” to tackle the problem he’s created in his country feasting and vacationing. Dear Trudeau, no dictionary defines a two-hour job as “working ceaselessly” for the betterment of one’s people. It takes a truly apathetic man to be unconcerned about the plight of his nation. While hundreds of thousands of Canadian families go to bed hungry every night, the Trudeau family eats a magnificent meal every other day.