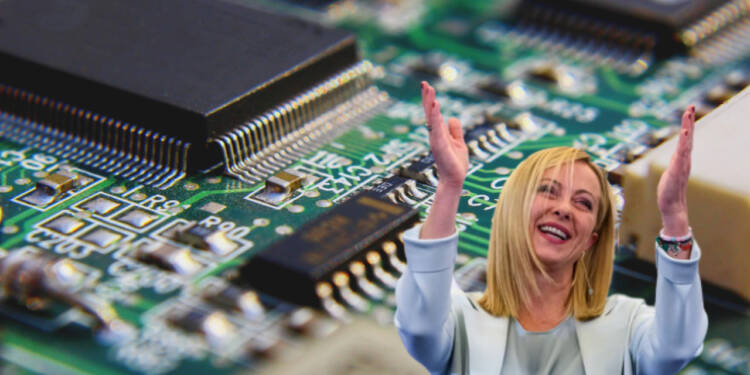 Italy Intel deal: Controlling advanced chip production in the twenty-first century is analogous to controlling the oil supply in the twentieth. The government that controls this manufacturing has the power to constrain the military and fiscal strength of others. In other words, the chip industry is a 21st-century arms race. This is precisely why the United States and China are locked in a cold war over the semiconductor industry

America recently tried to dominate China by limiting Huawei’s ability to outsource its in-house chip designs for manufacture by Taiwan Semiconductor Manufacturing Company (TSMC), a Taiwanese chip foundry. China may respond and escalate via one of its many agile strategic options short of war, perhaps succeeding in coercing the foundry to stop making chips for American companies.

You see, to maintain global leadership through military and defence equipment such as satellites, aircraft, and missiles, a home-grown semiconductor supply chain is critical. This is why countries like China and the United States are attempting to control the semiconductor business. Italy, a European country with a vast Mediterranean coastline, is a recent addition to this list.

According to recent reports, Prime Minister of Italy Giorgia Meloni said she would request a meeting with representatives of Intel (INTC.O) to discuss a possible multibillion-euro investment by the U.S. chipmaker in Italy.

“In the coming days I’ll seek to schedule a meeting, to ask Intel what we can do to facilitate their investment in Italy, which I think is highly strategic,” Meloni said during a press conference.

Read More: Italy tears into the US for its anti-EU IRA, urges EU to come along

Intel earlier announced it aimed to build a chip factory in the Italy as part of a wider plan to invest as much as 80 billion euros ($85.15 billion) over the next decade in building capacity across Europe. This is part of the recognition by Intel that it is too reliant on chipmaking capacity in Asia, and needs to balance this by establishing more fabs in other parts of the globe.

“Today 80 percent of chips are produced in Asia. Our landmark pan-European investment addresses the global need for a more balanced and resilient supply chain,” Intel CEO Pat Gelsinger said during the announcement of its European investment.

Italy, for its part, recognises the significance of the semiconductor industry in today’s geopolitical landscape.

Even during the tenure of then-PM Mario Draghi, commitments were made to invest more than 4 billion euros ($4.4 billion) in developing the domestic semiconductor industry. With Meloni’s assurance, Rome’s vision of becoming a major chip exporter and strengthening Europe’s semiconductor supply chain can become a reality.

To be honest, unlike her predecessor, Italian Prime Minister Giorgia Meloni has succeeded in establishing her leadership as a pan-European figure by displaying her competence to deal with the continent’s energy crisis. Her administrative abilities are superlative.

Meloni’s popularity is continually growing, not only in Italy but throughout Europe. Giorgia Meloni is seen as a beacon of hope by Europeans. We’ve all seen how Spain’s conservative Vox Party promoted Giorgia Meloni as part of their campaign ahead of next year’s national elections. Thus, when a leader of her prominence endeavors to make Rome the chip capital of the world, it becomes really noteworthy.

With current technology and its rate of change in mind, a race is on to control the semiconductor production process as it progresses to 3nm techniques in 2023. The United States and China are both constructing internal on-shoring facilities and investing extensively in the production of individual chips and foundries. The global supply chain, particularly those managing export controls through shipping, financing, or insuring commodities, gets caught in the crossfire. Understanding the semiconductor industry and the technological forces driving manufacturing, as well as new export licencing regulations, is becoming increasingly critical. Fortunately, Italy has a bold, fervently patriotic leader like Meloni at the helm, who understands this and works in the best interests of her country. Thus, without a doubt, Italy would soon become a major player in the global chip industry.