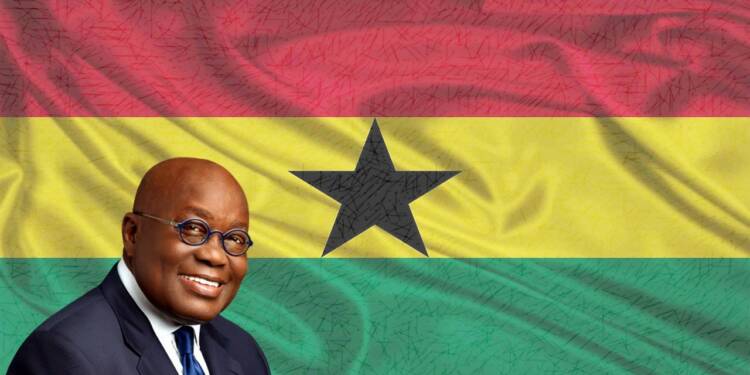 Ghana was once a shining star of Africa. It was lauded by international organisations for having achieved rapid economic growth and was even referred to as “the world’s fastest growing economy” in 2019. Its economic growth was a talking point and terms such as “skyrocketing” was used to describe the country’s economic growth. However, it’s economic boom couldn’t last long and today the country is in a grave economic crisis. What went wrong for Ghana? Is it only the global pandemic and the Ukraine war that followed? Let’s discuss.

Ghana had a super-impressive economic growth story. Being a major cocoa, gold and oil exporter its economy boomed over the past 30 years, with an increase in the price and production of these commodities. It became the economic powerhouse of West Africa as its GDP growth quadrupled, extreme poverty dropped by half and soon enough it moved to a Lower Middle-Income Country status in 2011.

Ghana became the fastest growing economy in the world in 2011, when its growth rate reached its peak of 15 percent. From its lowest economic growth of 3.3 percent in 1994, it was a remarkable achievement for the African country. Major socio-economic transformations followed, most notably the country lifted a huge population from poverty. It placed Ghana at the forefront of poverty reduction in Africa. It achieved the first Millennium Development Goal (MDG) of reducing the national poverty rate by more than half, from 52.7% in 1991 to 24.2% in 2012.

The country’s economic growth saw this boom on the back of the commencement of commercial production of oil in 2011. Export of crude oil was one of the major drivers of economic growth. Export of goods and services surged from 29.5 per cent in 2010 to 44.1 per cent in 2011 which rose
further to 48.1 per cent in 2012 largely as a result of export of crude oil. By 2013, gold, cocoa and oil accounted for an estimated 80 percent of total exports in 2013. Between 1993 and 2013, mining and oil recorded the highest growth rate of 15.9 per cent. On the other hand, the agricultural
sector & manufacturing recorded the lowest average growth rates—3.9 per cent and 4.2 percent annually over a period of two decades from 1993.

Thus, the economic growth was mostly coming from the oil sector whereas it didn’t reflect in other important sectors like agriculture. According to the United Nations’ Food and Agriculture Organization, agriculture represents 21 percent of Ghana’s GDP and accounts for more than 40 percent of its export earnings. At the same time, it provides more than 90 percent of the food the country needs. However, with lack of investments Ghana failed to raise crop yields and agricultural growth depended predominantly on expanding the cropped area. Moreover, due to a strong demand for the US dollar to pay for imports, its local currency, the cedi, continuously depreciated, which was recently described as the worst-performing on world market.

Read More: Ghana is slowly moving towards Gold standard to de-dollarise its economy

Economic conditions deteriorated fast and the country’s inflation rose to a record 50.3 percent, which is the highest in 21 years. Burdened by high debt and a historic inflationit had no other option but to turn to IMF, which announced a $3 billion bailout loan for Ghana.

It is unfortunate that despite being the eighth-largest oil producer in Africa and one of the major economies at one time, Ghana’s economy has collapsed today. Discovery of two more oilfields in 2019 broght a ray of hope once more for more revenues. New oil discoveries have also been made in Ghana’s offshore. The discovery of a new gas reserve has also been confirmed by Tullow Ghana, which is estimated to hold between 1.5 and two trillion cubic feet (TCF) of the hydrocarbons offshore Cape Three Points in the Western Region. With Ghana’s oil production estimated to go up to 500,000 barrels per day by 2024, it can be hoped that the country’s economy will be able to recover from the current crisis on. However, for sustainable growth and development, Ghana will require significant new investments in agriculture which creates majority of the jobs in the country. It will need new investments in agriculture beyond cocoa, including food staples, which have been badly neglected in the past. With proactive government interventions, Ghana will have to focus on enhancing agriculture exports and reduce its imports. The Ghanaian government must fix the economy and it has to do it on its own.