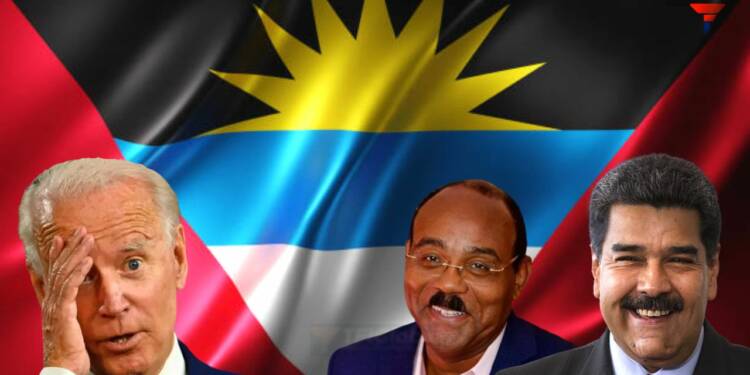 The opposition legislature of Venezuela removed Juan Guaido from the position of leadership. This is a tremendous defeat for the US which had for years used Guaido as a pawn in its atrocious battle against the Venezuelan government.

This development reflects that the opposition parties in Venezuela, who are financed and backed by the US, lost faith in Guaido. Earlier, they were under the false belief that he would attain their objectives which were to overthrow the regime of Nicolas Maduro and install a government favourable to Washington.

Same strategy but another nation

However, the exact opposite occurred which highlights the diplomatic embarrassment of the US.

Guaido used to be cherished by the US, in fact in 2019 former president Trump went a step further and announced that he recognises Juan Guaido as the legitimate president of Venezuela. The US also blackmailed other countries into violating international law and acknowledged Guaido as the president, not Maduro.

The announcement by the US came a fortnight after the inauguration of Maduro for a second term. Washington also emphasised that it will use its economic and political hegemony to create instability in Venezuela.

Soon after, a desperate and frustrated US announced a bogus and illegitimate indictment of Nicolas Maduro and fourteen of his associates. The US crossed all the limits by offering a $15 million reward for information leading to the arrest of Maduro and his friends.

International embarrassment of US

In these circumstances of a major blow to the dominance of the US, the Ambassador of Antigua and Barbuda, Ronald Sanders, gave his insight on the issue.

Sanders stated that now since Gaudio has been expelled from his leadership role, the long-standing myth that he is the legitimate president of Venezuela has vanished. For a very long time, this big lie, that Guaido is this compassionate and just leader who will drive Venezuela out of the skyrocketing economic crisis, was promoted by the US.

US politicians have a history of exhibiting a fake concern for Cubans, their hypocritical show of sympathy is motivated by political purposes. They need the votes of Cuban and Venezuelan immigrants, whose tales of unimaginable tragedies in the communist era refuse to die down. But what American leaders don’t realise is that their endeavours to circulate misinformation against Venezuela hurts the people of the troubled nation the most.

Sanders is right, the nations which were compelled to support the US in its highly unfair battle against Venezuela neglected the fact that sanctions never attained the real aims. They only escalated the economic turmoil and culminated in the creation of the second-largest flow of refugees in the world.

However, fortunately many Latin American and Caribbean nations have started realising that supporting a farce was pointless from the outset. Earlier, states like St. Lucia, Chile, Argentina etc partnered with Canada to form the “Lima Group”. The primary focus of this bogus group was to lobby for Guaido in the international arena so that he can get validation from powerful leaders who cannot even properly govern the affairs of their own nations.

But now these countries too have had a reality check and successfully departed from the US’s ploy to create instability in Venezuela.

Also, a London High Court overstepped its jurisdiction and ruled last year that the $2 billion worth of Venezuela’s gold reserves held in the Bank of England were under the control of Guaido. But after his removal, it is to see whether the court reviews its decision.

It must be noted that it was the very opposition parties in Venezuela which recognised the shallow promises of Guaido and decided to avert the US’s conspiracy whose patterns are identical in Cuba.