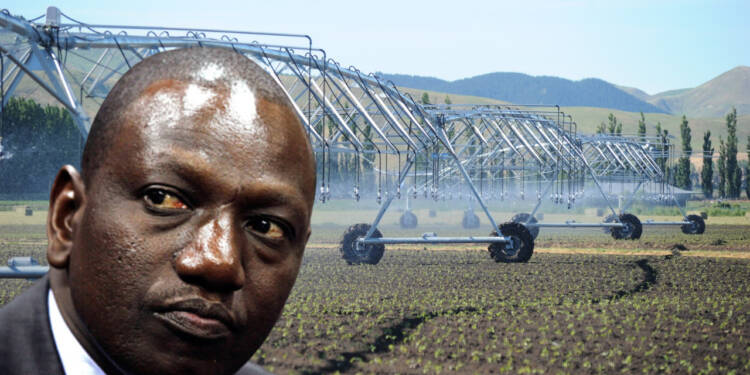 The Galana Kulalu project is a food security project by the government of Kenya and the National Irrigation Authority is its implementing agency. Hopes and expectations from the project were high as on its completion it was set to be the biggest in east and southern Africa and a significant milestone for Kenya in attaining food security.

Further, the Galana Kulalu project was expected to end the perennial maize shortage in Kenya by cultivating 200,000 acres of the Galana-Kulalu complex to meet 41 percent of the country’s annual maize consumption of 48 million bags.

However, things have not gone as planned and the flagship program of Kenya soon turned out to be a spectacular fiasco and has been marred with controversy.

The signature project, Gulana Kulalu was initiated and was supposed to help Kenya overcome its perennial shortage of maize, which is the staple food in Kenya. Galana Kulalu was put in place during the tenure of then Cabinet Secretary Felix Koskei who called a press conference on August 16, 2014, and announced that an Israeli firm would sign a contract to build a 10,000-acre pilot farm.

However, on April 7, 2014, the then National Irrigation Board (NIB) entered a lease with Agriculture Development Corporation (ADC), which owns the land, to lease 20,000 acres of land at the cost of Sh480 million. The NIB failed to explain why it leased twice as many acres as it required.

On August 20, 2014, the National Irrigation Board signed a project contract with Green Arava Limited, the Israeli firm, and the site was handed over on September 11, 2014. This contract was single-sourced, which means that Kenyans did not carry out competitive bidding – or get the best pricing.

The projection was that construction, installation of irrigation infrastructure, and testing systems would cost Sh14.5 billion. The Galana Kulalu food project that was supposed to put an end to Kenya’s maize shortage however became a spectacular failure.

The National Irrigation Board took a bank loan of US $71,408,014 (Sh8.8 billion) from the Bank of Leumi Israel for the 10,000-acre model farm construction. However, the auditor general later said that the contract signed by NIB was a rip-off and “was not in the interest of Kenyan taxpayers.” There are still no answers as to why the Kenyan officials signed such a loan contract. The National Irrigation Board only blamed National Treasury for the shortcomings cited by the auditor general, Dr Edward Ouko.

Further, as per the Clause 6 of the agreement, the Israeli bank would determine the loan interest “from time to time,” so it would keep shifting. NIB was also not entitled to contest any payment said to have been paid by the Israeli bank to the contractor and was not supposed to justify its failure to pay its loans as per the contract. It thus gave the Israeli lender a leeway to charge the Kenyan taxpayer as much as possible without any challenge.

The Bank Leumi loan combined with the National Treasury funds brought the total investment in the project to Sh23 billion. It had been projected that with all that investment, the project was to produce Sh1.2 billion worth of maize in the 2019 crop season. But the harvests were dismal and in 2019, maize worth only Sh273 million was produced. This harvest was equivalent to a yield of 119,000 bags of maize.

Read More: Kenya is kicking out the West by empowering indigenous companies

Thus, such a high-profile project was working under capacity. While an acre should produce a yield of 22 bags of 90kgs, Galana Kulalu had in January 2016 produced six bags per acre and in 2015 some 17 bags per acre.

At the time that the contract was terminated, the contractor had put irrigation systems on 3,300 acres which the new National Irrigation Authority took over.”

Kenya’s Kilifi North MP Owen Baya had told Parliament in August 2021 that “government mandarins are actually sub-dividing the land and giving it to themselves without the consent of Parliament as required by the law.” Parliament was told that 300,000 acres had already been grabbed from ADC.

The completion of the Galana Kulalu irrigation project was a priority for Kenya to ensure its food security. It is important for the country to ensure that the project achieves its intended goal. However, the allegations of misappropriation of funds and irregularities have tainted an otherwise noble cause. This needs to be fixed and corrective measures must be taken urgently for it to reach its full potential.