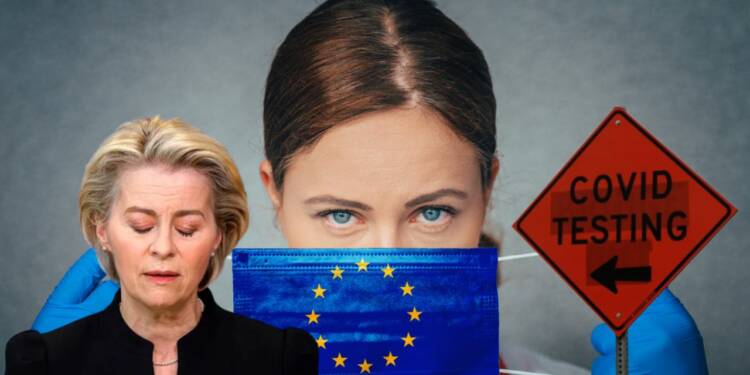 EU health union: The 2019 Covid pandemic scare made nations around the globe learn lessons and be prepared for any such health emergencies. The European nations too resorted to coalescing their efforts in a bid to control the virus spread but does it actually work?

The 2019 Wuhan lab leak that locked down the whole world, halted businesses and restricted everyone’s daily life is coming again to haunt the globe. Amidst the news of emerging variants, the European nations have started prepping up to steer clear of the mayhem caused by the virus.

In the first wave of the pandemic, the European countries formed a union in a bid to collaborate in preventing the health crisis. The Health Emergency Preparedness and Response Authority (HERA), which was created specifically to enable Europe to react swiftly and effectively during a health crisis, is a key component of the EU Health Union. But, does the collaboration still stand in place? No, European Unity seems to fall even at the first hurdle. The member nations seem to take a different tack over tackling the health crisis that has started to spread its roots again.

“It is disappointing to me that — despite three years of pandemic — there still is not a coordinated EU united response,” said Marion Koopmans, head of the Erasmus MC’s department of Viroscience.

The European countries, despite agreeing to collaborate on crisis prevention, are now proposing unilateral measures.

The majority of nations have announced some sort of testing, with Italy testing and isolating any positive travellers arriving from China. Spain is doing temperature checks, testing, and implementing COVID certifications as of Tuesday. France mandated masks on aeroplanes, negative tests prior to flight from China, and PCR tests for all passengers upon arrival.

With its announcement on Tuesday that it was “getting ready to adopt travel restrictions requiring a negative COVID-19 test for admission to Sweden from China,” Sweden became the newest member of the EU to disclose plans to enact restrictions.

In the U.K., it was revealed on Friday that travellers would need to have a negative test result before leaving and that samples would also be taken upon arrival.

Amidst all this, the EU crisis response body is perturbed to find a coordinated effort as was decided earlier. Now for the different responses there can be multiple variables ranging from painful experience, fear of new variants, worries over China’s concealment to good old economics.

As the first nation to act independently, Italy has stated that its regulations will guarantee “surveillance and identification of any variants of the virus in order to protect the Italian population.”

The government of France has defended their approach by claiming that it has implemented “health control measures in order to ensure the protection of the French population.”

It seems now that the European nations have it in their blood to ditch the bloc as evidenced by the EU’s Russia sanction plan. The bloc decided to sanction the country owing to its aggression in Ukraine but as the countries started to realise the move is backfiring their economy they soon started backtracking and ditching the EU by revoking the sanctions.

In a similar fashion, they are now taking an altogether different approach while tackling the covid crisis. One of Europe’s most important takeaways from the first wave of the pandemic was to work together to address any future health concerns. Because of how crucial it was to nations, the EU Health Union was created. But now that coordination seems to have lost its way. This disorganised approach has made people wonder if the EU’s coordination has assumed the proper shape. The EU health union that was created came out to be a farce.