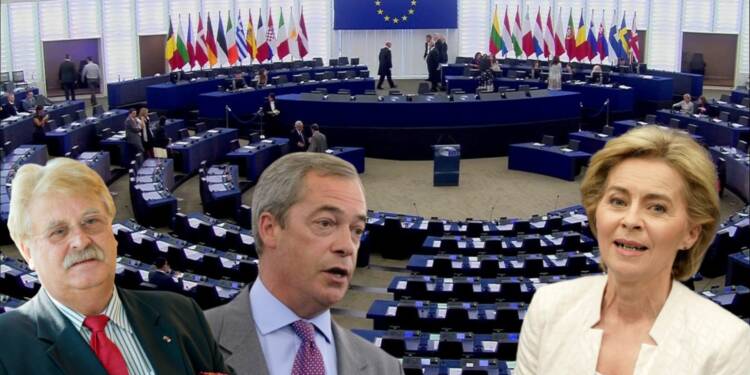 Only recently, Greek politician and European lawmaker Eva Kaili landed in hot water owing to her scandalous acts and corruption charges. She proved to be a pure disgrace to an institution as considerable as the European parliament. But, is she the only MEP who got her name in the sully? It seems that she has brought the whole European parliament into the world’s spotlight after the Qatargate scandal.

The controversial scandal that has rocked the European parliament over the past few days is slowly opening Pandora’s box on the former MEPs.

The European Parliament is full of controversial leaders who never get tired of gaining public’s attention because of their disgraceful acts. Let’s have a look at some of those;

The powerful German had served as an EU lawmaker for a record 39 years by the time he retired in 2019. They ought to have given him the name of a room, a café, or, in his absence, a bench.

However, problems existed. Before he left, six former employees spoke to POLITICO about a number of strange occurrences, including his propensity for hurling things at people and smoking in the workplace. Asked about the allegations, Brok denied creating a toxic office environment, admitting only that “working closely together and having stressful days means that there is room for friction,” adding, “I entirely condemn any kind of physical or emotional abuse.” But the reports show otherwise.

Mr. Farage has been enjoying the current EU Parliament scandal. He could not contain his laughter as he described this as a shameful situation to both of GB News’ viewers. A little surprise for a man whose UKIP party was ordered to repay more than €172,000 in misappropriated funds by European Parliament leaders in 2016.

Moreover, Farage was a member of the fisheries committee of Parliament, a significant industry for an island country like the U.K. Despite serving on the committee for three years, Farage only showed up for one out of 42 meetings, according to Greenpeace.

Another disgrace to the European parliament is this former Polish MEP Janusz Korwin-Mikke. During a debate on the wage gap, he once claimed women should earn less money than men “because they are weaker, they are smaller [and] they are less intelligent.” He also said that the European Commission building “should be turned into a brothel” but sadly did not draw up an impact assessment on his plans.

And the long list goes on. The recent Eva Kaili episode had already brought the credibility of the institution into question. For those unaware of the issue, the scandal dates back to when Qatar was granted the hosting rights of the 2022 FIFA World Cup tournament. The decision to grant the country hosting rights was made in 2010 and has since been the subject of much criticism due to the country’s human rights record and its alleged use of bribery and corruption to secure the hosting rights. Qatar, a small country faced stiff competition from big guns like the US, Japan, South Korea and Australia. However, in December 2010, Qatar was awarded the rights to the 2022 FIFA World Cup, much to the dismay of the other bidders. And guess how did Qatar succeed in securing the bid? By bribing the European parliamentarians.

EU’s vice president Eva Kaili was detained as a result of a police investigation into suspected bribery given to EU politicians by FIFA World Cup host, Qatar.

Now, this raises serious questions about the selection procedure of the MEPs in the EU parliament. You see, members of the European Parliament were chosen by direct appointment of governments of member states from among those already serving in their respective national parliaments when it convened for the first time in 1952. However, since 1979, MEPs have been directly chosen by universal voting which makes it difficult to anticipate their ideology and political leaning.

Although universal voting is a good thing for elections, what is the point of electing representatives who don’t have any say in the governments of their respective countries? They do not have any authority to represent their governments in the EU parliament.

One can never imagine the coveted seats of such an institution are filled with misogynists and corrupt leaders who are doing nothing but fattening their wallets either by toeing the lines of the West or by accepting bribes from international partners.

Owing to such acts, the EU has risked its credibility which demands the abolition of the corrupt parliament. The real motive of the EU parliament seems to have lost its way into oblivion.