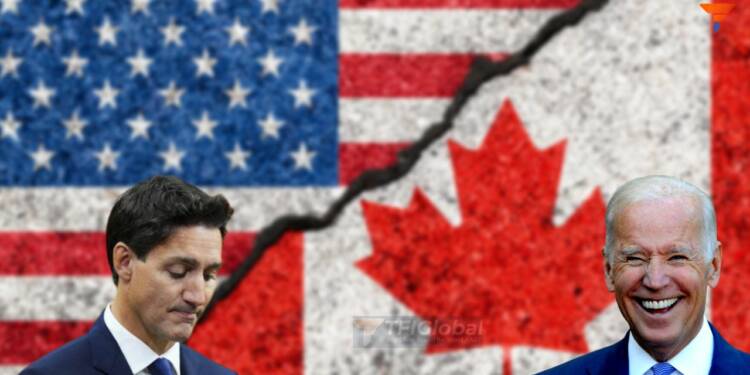 North American Leaders’ Summit 2023: Extend a hand if you are capable enough to grab, a philosophical statement that Canada seems to misunderstand and ignore in many instances. The world is aware of North America’s refugee problem which clenches its stance hard on Canada, USA, and Mexico. While the North is a favorite destination of many, it is inevitable to note that it has its problems to deal with. Though Canada doesn’t comply with this fact, the United States finds an efficient use of it.

“The Three Amigos” recently met in Mexico City, Mexico as part of the North American Leaders’ Summit intended to further reduce the backlog of applicants for the trusted traveler program that has been the subject of a diplomatic dispute between the two nations. They anticipate that the Canadian Nexus enrollment centers will reopen in the spring, along with a new program that will permit interviews led by Americans to be conducted at Canadian airports.

It is evident that as the United States has failed to directly deal with illegal migration and the parallel drug supply problems despite the famous Trump wall on Mexican borders, it is now using Canada as a shoulder to fire the gun.

Nexus applicants, who must be interviewed by authorities in both Canada and the United States, would meet with officials from Customs and Border Protection (CBP) for that part of the process before traveling to the United States, provided that they are traveling soon and departing from an airport that offers customs preclearance. Not just this increases the risks for Canada but also puts its sovereignty into question. As multiple airports are involved in the process, the federal and the provincial governments will have to be extra vigilant to deal with the increasing number of refugees and the risks they might carry.

The United States of America has an entirely insecure border with illegal immigrants numbers reaching an all-time high by the end of 2022. Canada, on the contrary, faces a labor shortage and wants to bring about 1.5 million refugees by 2025. This seems like a situation that can balance out the American problem but this mere delusion majorly lags ground reality, how? Let’s see.

Canada prefers unskilled immigrants, admitting roughly twice as many immigrants per person as the United States and Australia. However, the refugees pose the greatest challenge. The Immigration and Refugee Board grants refugee status requests at an astonishing 90% rate. Because of the country’s lax regulations, well-known criminals and terrorists have been admitted. The well-established notion that immigration benefits Canada is empty rhetoric. A few of the many issues brought on by the nearly 250,000 new Canadians who arrive each year include overcrowding, high housing costs, lower wages, and unemployment.

Reality faces Canada while challenges face the United States but here in the name of friendship, Canada is merely reduced to an “immigration officer”, a position it actively denied sometime back but seems to embrace wholeheartedly now. The bitter truth remains that it has high-interest rates making housing difficult for Canadians while demanding increases. The arrival of immigrants worsens the situation as no provisions are made beforehand for them. This is certainly accompanied by other problems related to poverty but ignoring all this, Canada has stepped up to help the USA in the crisis furthermore burdening its system that has already been ineffective. Welcome to the NEW CANADA!